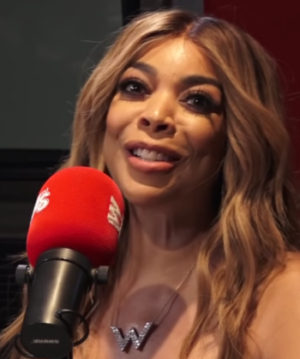 Being placed under court-ordered guardianship means that the court has found you incapable of managing your own affairs, and has appointed a guardian to make decisions for you.  The guardian may be someone who does not know you and who you do not know. Everyone wants to avoid this kind of situation, of course. Unfortunately, even the healthiest lifestyle, while wise, is no guarantee of lifelong mental competence. Fortunately, you do have greater control over what occurs if incapacity does strike: Certain legal steps, taken in advance while you are healthy, can allow your affairs to be managed by whom you wish and without court involvement, with as little disruption as possible to loved ones. More on these steps later in this post.

The perils of guardianship have gotten considerable airtime recently. Egregious cases of guardianship abuse have been reported here in Florida; I Care A Lot, a feature film about a predatory guardian was released last year; and in recent years several celebrities have been embroiled in high-profile guardianship battles (Britney Spears, artist Peter Max, Star Trek actress Nichelle Nichols). Now, add one more celebrity to the list: TV talk show host Wendy Williams. Williams’ case is somewhat unusual because it is not her family that is concerned about her mental capacity – it is her bank.

In 2021, Williams took a leave of absence from her television show. She has yet to return, citing health concerns that include Graves Disease and a bout with Covid.  She has been residing in Florida, surrounded by family. In November 2021 she issued this statement: “I’m making progress but it’s just one of those things that’s taking longer than we expected. I’m a woman of a certain age, and I know enough to listen to my doctors and will return to my purple chair as soon as we all agree I’m ready.”

Her bank does not think she is ready. At least, not ready to handle her finances. In February 2022 Wells Fargo filed a petition with the Manhattan Supreme Court, saying Williams may lack the capacity to handle her own affairs and may be the victim of financial exploitation. The bank requested that the court “…imminently appoint a temporary guardian or evaluator to review the situation” to ensure her financial affairs are being properly managed and she is protected. Wells Fargo froze her assets, which total in the millions. The bank says it took these steps when Williams’ creditors contacted them about missed payments.

Williams denies that she is incapacitated or the victim of financial abuse. She claims that doubts about her competence originated with her longtime financial advisor at Wells Fargo, Lori Schiller, who was disgruntled when Williams accused her of “improper conduct.” But Wells Fargo noted that other independent parties, not just Schiller, have come forward to question Williams’ capacity.

Williams reports that she has sent the bank numerous letters to resolve the issue, to no avail, and spoken to several branch managers in Florida, also to no avail. Because the bank will not deal with her directly, she has submitted a power of attorney authorizing her son Kevin, age 21, to make inquiries on her behalf.  She has also filed a restraining order against the bank, demanding access to her funds. She claims Wells Fargo is causing “irreparable harm” to her, her family and her business interests. “I have defaulted and I am at risk of defaulting on several billing and financial obligations, including, but not limited to, mortgage payments and employee payroll,” she states.

In a March 2022 interview on Good Morning America, Williams insisted that she is of sound mind and that Wells Fargo is lying about her condition, saying: “Well, you know, when people want control of their accounts, they say anything, including something crazy like that about me.”

The Wells Fargo-Williams matter is now under seal, so we have no progress reports. Williams has not yet resumed her television hosting duties, but has said she will be ready to return in three months.

Legal Tools You Need To Keep Yourself Out Of Guardianship

Given the notoriety surrounding court-ordered guardianship, it is startling that so many Americans lack a plan for incapacity. Every week our office receives calls from frantic people who report that their loved one can no longer manage his/her own affairs, and no one has any legal authority to step into their shoes. What can be done? In most cases, the only alternative is to petition for guardianship.

Every adult should have a Durable Power of Attorney.  This is a vitally important tool. The Durable Power of Attorney authorizes one or more persons to handle your financial affairs if you are unable to do so. The powers you give your agent can be as broad or as restrictive as you desire. Because it must be precisely worded, properly executed and consistent with Florida law, and because financial institutions are notoriously picky about the documents they will honor, it is best not to rely on do-it-yourself forms. In addition, we strongly recommend that once you have signed your Durable Power of Attorney, you deliver it to your financial institutions for their review. Ask for acknowledgement that it will be honored if and when your agent needs to use it. Do not leave their review for a future time when your agent must use it; at that point you will no longer be able to respond to  questions from the financial institution. That will only make it more likely that your financial institution will reject it, and more likely you will fall into guardianship, the very situation you’d hoped to avoid.

There are also other instruments that can help you avoid guardianship – for example, a properly drafted living trust.

Talk to your estate planning/elder law attorney to explore the steps needed to avoid guardianship! Encourage your loved ones to do the same. Call our office at (561) 625-1100 for an appointment. And check this blog next month, when we will discuss what the State of Florida is doing to prevent predatory guardianships.