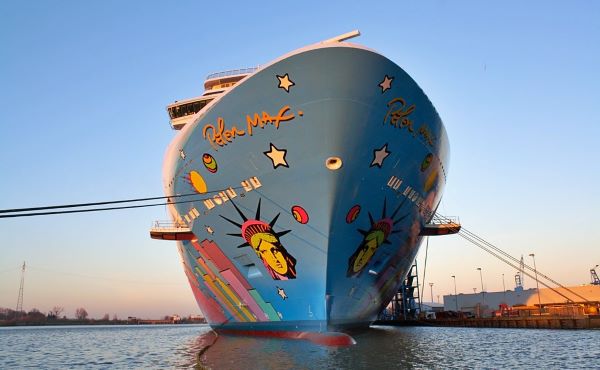 The art of Peter Max is instantly recognizable. His colorful, psychedelic paintings became wildly popular during the counter-culture era of the 1960s. Max’s art graced the flyer for the 1967 massive “Be-In” in Central Park; appeared on a postage stamp; and his Statue of Liberty series helped Lee Iacocca raise funds for the statue’s restoration. His works are on display at the Museum of Modern Art. His fortune is estimated at $65 million.

Now 84, Max has been suffering from dementia and Alzheimer’s Disease for several years. He was put under court-appointed guardianship in 2016. His decline has marked a deepening rift between his children, Adam and Libra, regarding how their father’s business and personal affairs should be managed, and by whom.

Adam and Libra each own 40% of Max’s studio; he owns the remaining  20%. Once the nominal president, Adam reportedly had little interest in the business until 2012, when he and three associates began actively managing the studio in order to reinvigorate the Peter Max brand. A key marketing strategy was a deal with the cruise lines to permit Max’s art to be sold aboard ship. One of Norwegian Cruise Lines’ ships, Breakaway, even had its hull decorated with Max’s paintings of the New York skyline and the Statue of Liberty. The new promotional strategy was highly successful: According to the NY Times, Max’s studio pulled in a net profit of over $30 million in 2018.

Those close to the artist during this period reported that Max was incapacitated and no longer capable of creating original art; he was simply signing his name to works churned out by a bevy of assistant painters. His then-current wife, Mary, 30 years his junior, along with his daughter Libra, became concerned about how their husband and father was being treated by Adam, as well as how the business was being handled. In 2015, Mary petitioned the New York court to appoint a guardian to oversee the business. She and Libra alleged that they were now no longer allowed to visit the studio to see their husband and father. Mary alleged that Adam had effectively “kidnapped” her husband.

Adam, however, painted a different picture. He said he was protecting his father from Mary’s emotional and physical abuse. He claimed she denied Max food, demeaned him, and was even putting large Brazil nuts in his smoothies in hopes he would choke. Mary’s lawyers denied the allegations, claiming Mary and Max “adored” one another.

In December 2016, the court delivered its decision: a guardian was appointed to oversee both Max’s business and personal affairs.

The legal skirmishes did not end there. In 2017 Libra accused her brother and his associates of taking advantage of her father and enriching themselves at his expense. In Jan. 2019 she successfully sued, ousting her brother from his role at the studio and firing many of the studio’s assistant painters. She said she would pursue legal action “against those who continue to harm and exploit my father.” Her goal, she said, “is to bring the studio back to my father’s vision.”

More recently, Libra has taken legal action to terminate her father’s guardianship. She describes the guardianship as predatory, and notes the original reason for it, his wife’s alleged abuse, ended when Mary died by suicide in 2019.

According to Libra, her father’s court-appointed guardian has effectively made him a prisoner and isolated him from friends and family. Max’s friends must sign non-disclosure agreements to even speak with him on the phone. Libra is allowed to see her father only three times a week, with just one hour allotted per visit. She must request a visit 48 hours in advance, and the visits must take place in a nearby Manhattan park. She is not allowed to visit her father’s home. She told the New York Post: “He is being treated like a prisoner. He says, ‘Sweetie, please come up to the apartment.’ How many times can someone ask for companionship? He must feel tremendously abandoned… I see his disbelief when I tell him that I cannot accept his invitation to come up. . . . Instead, he is left with a cast of strange nurses [who] change constantly and he does not know their names.” Her brother Adam disputes Libra’s claims, saying his father does see friends and family.

Libra has also charged that the guardian’s fees are excessive and are draining her father’s funds. Max’s current guardian billed $598,654 for the 13-month period ending in July 2020.

Libra has launched a website designed to garner signatures of support for ending her father’s guardianship, and to make the case against predatory guardianships in general. The site, www.freepetermax.com states:

An Urgent Call to Save the Life of Peter Max

Peter Max – Pop Artist, 84-year-old devoted and loving father, loyal and compassionate friend, Holocaust survivor, animal and human rights advocate, and a victim of Alzheimer’s Disease – is being kept in forced isolation in a predatory guardianship in New York City. The guardianship has depleted his hard-earned life’s earnings by over $16 million, with millions being paid, without his permission, to the court-appointed guardians and attorneys who now control all aspects of his life.

Since 2019, Peter’s family and friends have been privately waging a legal battle to free Peter from his involuntary isolation at the hands of strangers; restore to him his dignity; and allow him to be surrounded by loved ones at the end of his life. After more than two years of isolation, Peter’s loved ones fear he is losing his will to live. His health has steeply declined; he appears dangerously over-medicated; and his family and friends fear for his life.

Peter is gentle, loving, and a deeply sensitive man. Everyone close to him knows that he thrives with companionship and suffers without it. Peter was born in Nazi Germany; he escaped with only his parents, with most of his family killed by the Nazis. He grew up as a refugee in Shanghai. The trauma and loss that Peter experienced at a young age has stayed with him throughout his life. Peter arrived in Brooklyn as a teenage immigrant with a hope for the American dream and a love for freedom. The beauty in his art was his answer to the war.

Can you imagine having dedicated your entire life to nurturing a family, a successful career, and many deep, loving, and lasting relationships, only to find yourself, at the hands of a complete stranger, a court-appointed guardian:

It took a beautiful imagination to create Peter’s artistic world of color, joy, happiness, and love. It took a lifetime of hard work to achieve his personal success, with the independence and security that success gave him. What right does anyone have to take all of that away?

The guardianship of Peter Max has descended into captivity, where protection in theory has become exploitation in practice; a case study of just how much can go wrong when the vast powers of the State are turned against the interests of the person those powers are meant to protect. It is a textbook example of a predatory guardianship: Isolate; Medicate; Steal the Estate.

Peter and his family have been denied the most essential Constitutional right to familial privacy – the right of the family to remain together without the coercive interference of the awesome power of the State.

Peter’s final wishes are being ignored and his most fundamental Constitutional and Human Rights violated.

We, the undersigned, ask that Peter Max’s unnecessary and unjust guardianship end so that Peter can be returned to the care of his family, as he has been pleading for since 2019, and so that he can receive an immediate and critical medical evaluation.

We stand in solidarity with the millions of victims of guardianship abuse and their families.

Could This Happen To You?

For people who are truly incapacitated and need oversight, a guardianship may be the only and best option. Most guardians are hardworking and do a good job. But as we have indicated in prior posts and as is alleged in the Max case, some guardianships can be predatory in nature. If this can happen with a living artistic legend, you can bet that there are people out there who aren’t famous and are trapped in similar situations. Court-appointed guardianship is something every competent adult should make legal plans to avoid. Speak with a Florida elder law attorney to discuss your planning. Contact our office at (561) 625-1100.