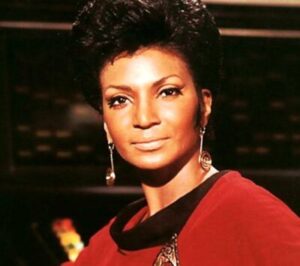 Britney Spears’ guardianship has drawn most of the media attention lately. But there is another, not quite-so-high-profile celebrity currently embroiled in a guardianship drama. Both stories underscore how essential it is to make legal plans for the possibility that you may become incapacitated one day. Without those legal protections, you could end up the subject of a court-appointed guardianship. Your appointed guardian might manage your affairs prudently and have your best interests at heart… but maybe not. In any event, the process is always emotionally and financially draining, and often leads to family conflict.

“It’s nothing I can’t handle”

Star Trek fans will surely remember Lieutenant Uhura, the communications specialist aboard the Starship Enterprise.  Nichelle Nichols, the actress who played the role, helped bring diversity to television programming. Her role had such a significant impact that for three decades, Nichols worked with NASA to promote diversity in the space program. Her character often said: “Oh beyond belief, but it’s nothing I can’t handle.” Unfortunately, the 88-year-old actress can no longer handle things. And that is why her son, her former manager, and her friend have gone to court to argue about what’s best for her, who best serves her interests, and just how impaired she really is.

In 2019 Nichols’ only child, Kyle Johnson, successfully petitioned the court to be appointed guardian for his mother. He claimed she had “severe short term memory loss impacting her executive functioning” and therefore was vulnerable to exploitation. Of particular concern to him was Nichols’ former manager, Gilbert Bell, who had been living for a decade in Nichols’ house in Woodland Hills, California. At one time Bell had power of attorney for Nichols and in 2017 transferred the title of the property into his own name. The property was subsequently transferred back into Nichols’ name.

Johnson brought his mother to live with him at his home in New Mexico. Bell continued to occupy Nichols’ property and Johnson wanted to evict him. Bell now filed his own lawsuit, saying Johnson was using “aggressive and combative behavior” to get him out. Bell claims that when he first met Nichols in 2009 she was struggling financially. He says that he restored her career and income by booking her for Star Trek conventions and other gigs. Her son disputes Bell’s narrative, saying his financial reports are flawed, and Bell used his proximity to his mother to misappropriate her assets. In August 2020 Johnson filed a lawsuit accusing Bell of elder abuse.

The other participant in this still-unfolding drama is Nichols’ friend, Angelique Fawcette. In 2018 Fawcette went to court to object to Johnson’s request to serve as guardian. She said that Nichols wanted to remain in her home in Woodland Hills. According to Fawcette, the home was Nichols’ pride and joy and she had many years lovingly decorating it.  She alleged that guardianship was an overreach: with just the assistance of a caregiver, her friend could remain at home. Fawcette accused Johnson of seeking guardianship over his mother just to get his hands on her funds and property. In one interview with a news outlet, she described him as a negligent, uncaring adult child who “…was absent from her life for six years. He missed Nichelle’s birthdays, Mother’s Days, Thanksgivings and Christmases. It was heartbreaking to watch.”

Fawcette’s opinion of Bell’s motives are no better. She alleges that he exploited the actress and neglected her house, allowing it to fall into disrepair and kept tight control over who visited her.  “I never really liked the guy,’ she said. “I had to deal with him in order to see my friend.” Fawcette is now fighting a legal battle to secure the right to visit Nichols in New Mexico. She has not seen her friend since 2019.

How Can You Protect Yourself From Guardianship?

Just as a good estate plan can ensure that your wishes are honored and family harmony fostered after you are gone, a plan to avoid guardianship serves the same goals in the event of your incapacity. Talk with your estate planning attorney about your incapacity plan. It can include:

We all hope to remain of sound mind and body – but celebrity or not, there are no guarantees. See an experienced estate planning attorney who can help you make plans to prepare for the possibility of incapacity.  Reach our office at (561) 625-1100.