Guardianship In Florida: A Bad Apple 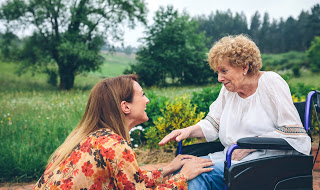 On February 11, Rebecca Fierle was arrested in Marion County, Florida on felony charges of aggravated abuse of an elderly person. As disturbing as elder abuse is, this case is particularly horrifying because Fierle was a professional guardian, entrusted with the welfare of elderly and incapacitated people in 13 Florida counties.

Guardian signs Do Not Resuscitate Order

Steven Stryker was the victim in this case, but just one of many Fierle is accused of victimizing. A Vietnam vet who moved to Florida to care for his aging parents two decades ago, Stryker struggled with alcoholism and PTSD. In recent years he experienced esophageal dysfunction and swallowing difficulties. In 2018 he was admitted to AdventHealth Orlando for treatment. While in the hospital, Advent asked the court to appoint Fierle as his guardian. The petition was granted, although Stryker’s daughter, Kim, a  Virginia resident, was never contacted.

Stryker was later transferred to St. Joseph’s Hospital in Tampa, where a temporary feeding tube was inserted. Acting in her capacity as his guardian, Fierle signed a Do Not Resuscitate order, also requesting that his feeding tube be capped. She never discussed the DNR with Stryker, who subsequent investigations indicate had the capacity to understand what was going on. Nor did she consult with his daughter.

Additional investigations have revealed that doctors and others tried to convince Fierle to revoke the DNR. They believed Stryker was competent to make decisions, that he wanted to be fed via feeding tube and desired resuscitation. Linda Lanier, Stryker’s friend of several years, said, “Steve was very capable of making his own decisions.” And Dr. Kirtikumar Pandya, a psychiatrist who examined Stryker at the time, concurs that Stryker wanted to live. Pandya also questioned whether Fierle had adequate health care experience.

Four days after the feeding tube was capped, Stryker began to choke. With hands tied by the DNR, hospital staff could not perform lifesaving measures. Stryker died on May 13, 2019, at age 75.

It has now come to light that Fierle signed DNR’s for many of her wards. She also violated Florida law by not seeking court permission for payments from outside sources. According to an audit by the Orange County Comptroller, Fierle received nearly $4 million from AdventHealth, without court approval.

In July 2019, Judge Janet Thorpe removed Fierle as guardian of 98 individuals in Orange and Osceola counties. Judges across Central Florida followed suit and either accepted her resignation or removed her from guardianship duties. The case has been an impetus for Florida lawmakers, who have been struggling for years to reform the guardianship system. A new bill now under consideration would, among other measures, require court authorization before a guardian can sign a DNR order. It would also require guardians to submit to the state more detailed financial and payment information.

At the moment, Fierle is out on bond. A trial date will be set. But it all comes too late for Stryker. Says his daughter: “The guardian who caused my dad’s death has been arrested. It’s encouraging that the state has brought charges. But the problem of guardian abuse does not go away with her. The laws vary state to state and God forbid you, or someone you love, falls into the control of a bad one like her.”

There is no question that the vast majority of court-appointed guardians are hardworking and well-intentioned. But who wants to risk ending up with a bad apple? Even if an honest court-appointed guardian is in charge, do you really want your fate and fortune in the hands of someone the court selects for you? Do you want the court inserting itself into your affairs? If your answer to these questions is no, then you need plans to prevent it. A valid and up-to-date durable power of attorney and health care surrogate will authorize someone to handle your affairs if the need ever arises. See a qualified elder law/estate planning attorney to establish these vital documents.