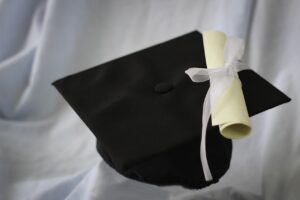 Age? Just a number for Giuseppe Paterno. On July 29, he became the oldest person ever to graduate college in Italy, reports Reuters. Paterno is 96.

Born in Sicily in 1923 into humble circumstances, higher education wasn’t in the cards for Paterno. He loved learning, but received only a rudimentary education. He lived through the Great Depression and World War II, took a job with the railroad, and raised a family. But he was passionate about getting educated. He returned to school, and graduated with a high school degree at age 31.

But that was not sufficient for Paterno. After retiring from his job in 2017, he enrolled at the University of Palermo. He tells Reuters: “I understand that it was a little late to get a three-year degree but I said to myself, let’s see if I can do it.”

He did it! Not only did Paterno receive his college degree in history and philosophy, but he also graduated at the TOP of his class. And it wasn’t always easy. The COVID-19 crisis caused his classes to migrate online, so Paterno, not familiar with computers, faced a steep learning curve. He says he preferred to stick to real books for research, not Google. And he typed his assignments on a manual typewriter his mother had purchased for him years ago.

Paterno is frail and spends most of his time at home now. But that is not going to stop him from what he intends to do next: reading as many texts as possible that he hasn’t yet explored. “Knowledge is like a suitcase that I carry with me, it is a treasure,” he says.

Check out this video about Paterno: