How To Protect Yourself From Court-Ordered Guardianship, And How One Ward Fought Back 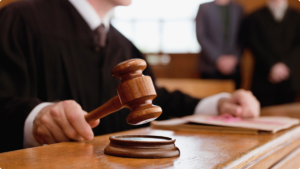 Our Florida elder law attorneys help people make plans not just for death, but for life. Among those important life plans is avoiding court-ordered guardianship. Nearly 1.5 million Americans are currently under guardianship, most over the age of 65.

There are compelling reasons to steer clear of court-ordered guardianship. If you are deemed incapacitated and the court appoints a guardian for you, that individual – who may be a complete stranger to you – has the authority to decide how and where you will live, how your money will be spent, your health care, and more. Their services will be paid for from your assets. It can be a traumatic experience for both ward and family. It is demeaning. It can be expensive and drain your assets. And as recent headlines show, although the majority of court-appointed guardians behave ethically, you could fall victim to a bad apple. The recent case of disgraced court guardian Rebecca Fierle dramatically underscores the danger. A court-appointed guardian in Central Florida, Fierle was removed from her responsibilities because of many alleged transgressions, including the fate of Steven Stryker, her ward who passed away against his wishes because she had signed a Do Not Resuscitate Order (DNRO) for him.

One Ward Fights Back In Court, And Wins

Unlike Stryker, Jack Meagher escaped Fierle’s guardianship, alive. Meagher, 67,resided in Winter Springs. He lived alone, and in 2018 his children became increasingly concerned about him. They knew he possessed guns and suspected he was suicidal. Believing it was the best and safest option, they sought to have a guardian appointed for him. He was deemed incapacitated, and on November 5, 2018, Circuit Judge Kenneth R. Lester gave Rebecca Fierle the authority to make decisions for him.

Meagher objected to the guardianship from the beginning, and fought back in court. In 2019 he told the Orlando Sentinel that although he was fine with having his guns taken away, Fierle was rude, didn’t listen, and “is not looking out for my best interests.” He objected to the fact that Fierle would not permit him to swim in his community pool, an exercise his physical therapist had recommended.  He also claimed Fierle would not pay for items he needed, such as water filters, and a $69 net for his wheelchair that would have made it more comfortable for him. A former landscaping contractor, Meagher used a motorized wheelchair to get around but insisted that did not prevent him from effectively managing his own life. To prove his point, Meagher took photos of himself grocery shopping, cooking and dressing.

When the Stryker case and Fierle’s blanket use of DNRO’s became public knowledge, Meagher became further alarmed. Although he did not know if Fierle had filed a DNRO for him, he said, “I don’t want to die. If I go to the hospital over something stupid, like an accident or whatever, if there’s a chance of saving me, better save my ass — OK?”

After the court terminated Fierle’s authority to act as a guardian, the court assigned a different guardian to Meagher. However, he and his attorney continued to fight to restore his rights. On April 8, 2020, he won the battle: Judge Lester removed Meagher from guardianship, ending his nightmare. Meagher’s attorney described his clients’ mood on learning he’d won his case: “He was very excited and wanted to know when he could get his driver’s license back. I remember he wanted to go out and do stuff but he couldn’t because of the whole [COVID-19] situation… It was my accomplishment of the year.”

The removal of the guardian also ended the nightmare for Meagher’s children, who had come to deeply regret their decision to seek guardianship. “We trusted the state and the guardianship… only to find out that was a very neglected department where they weren’t doing things correctly,” his daughter Melanie told the Orlando Sentinel.

Unfortunately, Meagher’s celebration was short-lived. He passed away from metastatic pancreatic cancer on August 13, 2020. But at least he was a “free” man. His daughter reported that he died peacefully in Hospice care. His last words to his assembled children were “I love you.”

There are a number of steps that our attorneys may suggest to prevent you from falling into a court-ordered guardianship. The steps that are most suitable for you will depend on your particular financial and family situation. Steps may include:

We encourage all our clients to include LIFE plans in their plans! Yes, you want your assets to go to the people you care about after you’re gone – but what about preserving your dignity and having control over your destiny while you are alive? Call our attorneys at 561-625-1100 or email us at klf@karplaw.com  to talk about the steps you can take to help avoid a possible court-ordered guardianship.