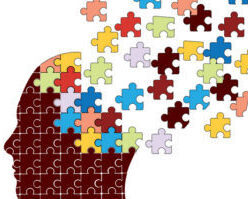 With our attention focused on COVID 19, we remain mindful that another plague continues to stalk us. Alzheimer’s Disease currently afflicts over 5 million Americans age 65 and up.  Many of our clients and their families are among them, and all are deeply affected emotionally, medically, and financially. Without a cure, by the year 2050 the number of affected individuals will rise to 13.8 million, according to the Alzheimer’s Association.

Two sons recently honored their fathers who passed from Alzheimer’s. Bill Gates, the founder of Microsoft, lost his father to the disease on September 14, 2020. The elder Gates was 94, a successful lawyer and philanthropist in his own right. After his dad’s diagnosis, the younger Gates contributed $50 million  to the Dementia Discovery Fund, which researches  alternative disease mechanisms and is the first non-communicable disease to which he pledged funds. The son writes of his father on his blog:  “He was a model citizen and a profoundly decent man.” You can read Gates’ full tribute to his dad here.

Now, another son has created a different kind of tribute. Ray Dolby passed away from Alzheimer’s and acute leukemia in 2013. He was 80. If the name sounds familiar, it’s because Dolby’s name appears at the end of virtually every movie made in recent decades. An engineer and founder of Dolby Laboratories, he devised the noise-reduction technology that is critical to today’s cinema experience. He was the recipient of two Oscars and several Emmys, and held 50 U.S. patents. At an event honoring the late audio engineer, film editor Walter Murch summed it up this way: “You could divide film sound in half. There is BD, before Dolby, and AD, After Dolby.” The technology made Dolby an extraordinarily wealthy man: he is said to have been worth nearly $3 billion at the time of his death.

Dolby’s son, Tom Dolby, a director and film producer, has now released a film, The Artist’s Wife. Although fiction, the story is lifted directly from his own family experience. As the title suggests, it focuses not so much on the experience of the Alzheimer’s patient, but on that of the spouse and caregiver. It is based on Dolby’s observations of how his mother, Dagmar, dealt with her difficult new reality. In an interview with the Alzheimer’s Association, the filmmaker said: “Seven years ago, I was inspired by what my mother went through in supporting my father in his struggle. As the years went by after his death, I noticed that in films, the perspective of the caretaker was largely ignored.”

You can read more about the film here.