If You Knew You Had a Good Chance of Developing Alzheimer’s, What Would You Do? What Should You Do? 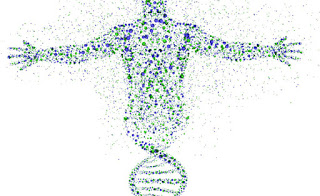 Suppose you could find out if you have a greater-than-average chance of developing Alzheimer’s Disease. Would you want to know? What would you do with this information?

One of the genetic secrets revealed in recent years is the relationship between the APOe4 gene and Alzheimer’s Disease. About 40% of those who develop the late onset form of the disease (the most common form) carry this gene variant. While inheriting the APOe4 gene increases susceptibility, it by no means seals the deal; environmental factors such as diet and lifestyle also seem to play a part in determining who will or won’t develop the disease.

Recently, the company 23 and Me began offering APOe4 testing. All you need to do is swab your cheek and send off a saliva sample. The company provides you with the results, which it promises will remain confidential and never be released to third parties.

But just because you can know if you carry the gene, would you want to know? Positive results could have negative psychological ramifications. It might be a Pandora’s box for someone with a low threshold for worry, creating years of anxiety over something that may never happen. Even if the results spur someone to adopt a healthier lifestyle, adhering to the regimen will not necessarily prevent the disease from manifesting.

On the other hand, someone who tests positive gets an opportunity to make important family, financial and legal plans that he/she might not otherwise make. Alzheimer’s Disease is a staggeringly expensive condition. Families who don’t prepare can be blindsided by the expense, which often includes long-term nursing care. Medicare does not pay for that type of care. A person who knows he/she has a heightened risk of developing Alzheimer’s can take proactive steps to protect family and assets, such as Medicaid planning or purchasing long-term care insurance.

The insurance industry is concerned about the possibility of more and more people being tested, learning they carry the gene, then purchasing long-term care insurance. A 2005 study, “Genetic Testing for Alzheimer’s Disease and Its Impact on Insurance Purchasing Behavior,” published in the journal Health Affairs, drew on clinical trials of 1,000 people. The study revealed – unsurprisingly – that those who have learned they carry the APOe4 gene are five times more likely than the average person to apply for long-term care insurance. If the now-readily available test becomes widely used, it could create a pool of insureds more likely to collect on their policies in the future. This would skew actuarial projections and put the long-term care insurance industry in financial jeopardy. Robert Cook-Deegan, one of the researchers who participated in the study, likens testing positive for APOe4 and then buying long-term care insurance to “…taking out a million-dollar life insurance policy the day before you know that you’re going to die,” adding, “The stock market would call it trading on insider information.”

The study also found that applicants felt no obligation to divulge the reason they suddenly wanted a policy. While long-term care insurers are exempt from the 2008 Genetic Information Nondiscrimination Act and have the legal right to ask applicants if they have had genetic testing and to request the results, at this point most insurers do not pursue the matter. That could change if the industry finds itself under pressure.

Still interested in getting tested for APOe4? You might want to hold off and follow the advice of Jill Goldman, genetic counselor at Columbia University’s Taub Institute: Purchase long-term care insurance before you go for testing, because what you know might eventually be used against you.