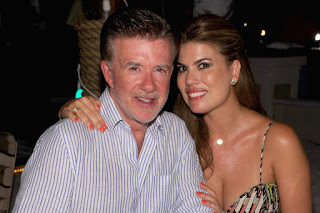 You don’t need to be rich and famous, or have children from prior marriages, for your estate plan to run into trouble. But it sure does help. Now, the late Alan Thicke joins the roster of deceased celebrities whose families have gone to the trenches over money and control.

Best known for his role on the sitcom Growing Pains, Thicke died suddenly in December 2016 from a ruptured aorta. He was 69. He left behind two grown sons from a prior marriage, Robin and Brennan; another son from a different marriage, Carter; and his wife of twelve years, Tanya Callau, with whom he lived on his Carpinteria, California ranch.

To his credit, Thicke did prepare an estate plan. He had a revocable trust, written in 1988 and modified several times prior to his death, most recently in 2016. According to the trust, his three sons were to inherit the ranch, most of his personal effects, and over half of the rest of his estate. Callau would get the furnishings from the ranch, Thicke’s pensions and union death benefits, half a million dollars in life insurance, and anything else in the estate not specifically earmarked for the children. Sons Brennan and Robin were named co-trustees of the trust.

In addition, there was a prenuptial agreement, signed by Callau prior to her 2005 marriage to Thicke. It gave her the right to continue residing on the ranch, so long as she maintained the property and paid all of its expenses. It is the apparent disconnect between the terms of the prenuptial and the trust that is fueling the family’s competing claims.

Last month, Brennan and Robin filed a petition in Los Angeles County Superior Court, alleging that Callau is demanding a larger inheritance than their father’s estate plan provides. Specifically, Callau is contesting the legal validity of the prenuptial agreement, which she says does not clearly distinguish between Thicke’s personal property and community property (California is a community property state). If the prenuptial does not stand up to legal scrutiny, it could give Callau significant community property rights to the assets in the trust, and would therefore entitle her to far more than she is currently inheriting.

Callau’s attorney has called the prenuptial a “mess” and claims Brennan and Robin have turned down Callau’s offer to take the matter to mediation. The sons’ attorney refutes those points and has said: “The fact of the matter is that Alan had a career, wealth and children well before he ever met her. It was important to him to make sure that was protected and that his children were taken care of after his passing. She agreed to that. She signed it, understood it and now she’s refusing to honor it.” According to some reports, the sons’ petition is simply retaliation against their stepmother because she will not permit them to convert the ranch to a marijuana farm.

You may not be a celebrity, but if you have a family, your planning must begin with an examination of your family dynamics. Our job as your “counselors at law” is to help you identify your family’s strengths and weakness. Who is best suited to make certain decisions? Who is likely to create issues in the wake of your death or disability? Who gets along? Who doesn’t? Who gets along well now, but might not if you are out of the picture? Only after answering these questions can we build a solid estate plan for you that will ensure your wishes are honored, and your family protected.