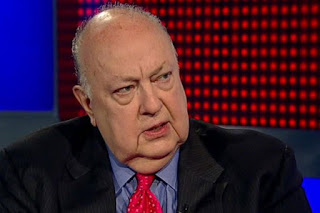 Roger Ailes, the media mastermind behind Fox News, died May 17 after falling at his Palm Beach home. The medical examiner attributed his death to bleeding on the brain, exacerbated by the fact that Ailes suffered from hemophilia. He leaves behind his wife, Elizabeth and a son, Zachary. Ailes was 77.

Ailes launched Fox in 1996, leaving the network last year amid a widening web of sexual harassment accusations. Two lawsuits naming him personally were ongoing at the time of his death. An individual’s debts and liabilities do not disappear when the person passes away. Instead, the estate substitutes for the decedent. Attorney Gloria Allred has said she expects the lawsuits against Ailes to continue, with his estate now the target of the proceedings.

Newsweek estimates Ailes’ fortune at $100 million. He earned $20 million annually while at Fox, and took a $40 million severance package upon leaving the network. He also owned several homes, including the $36 million Palm Beach residence he purchased just after leaving Fox. That was a shrewd legal move: Ailes had recently declared himself a Florida resident, qualifying his Florida residence as homestead property. Under Florida law, homestead property is beyond the reach of creditors. Thus, unless his wife Elizabeth has waived her homestead rights, the home will pass to her, safe from any legal judgments.

Florida doesn’t have an estate tax

In addition to availing himself of Florida homestead law, Ailes’ relocation here offers other tax advantages. Since Florida has no estate tax, his estate will owe none. In terms of the federal estate tax, what is owed will depend upon the nature of the estate planning Ailes did. (Federal estate tax kicks in for all taxable assets over $5,490,000.)

The evidence fueling the two pending lawsuits against Ailes is based on private conversations he allegedly had with the plaintiffs, Andrea Tantaros and Julie Roginsky. Ailes always denied their allegations. Without him here to defend himself, the defense may be weakened. On the other hand, the plaintiffs may need to buttress their case with evidence beyond those private conversations. It is possible that Ailes’ estate may now be eager to settle out of court, in order to sew up his affairs as quickly as possible.