Could your loved one be a victim of financial exploitation? 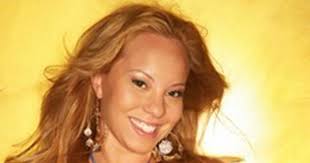 Did exotic dancer Veronica Beckham perpetrate a sweetheart scam on Micky Liu? Manipulate a lonely and sick man into making her the beneficiary of his estate? Or did he leave her his money, free from any pressure and manipulation, purely out of love – even though they knew one another for a very short time? This is the tabloid fodder that leaped from the tabloids and landed in Manhattan Surrogate Court in December 2015, with Lui’s sister alleging Beckham coerced her late brother into leaving his estate to her.

Liu, 51, was unmarried and lived alone in New York City. An executive at HBO, he was also an obese alcoholic who suffered from a variety of other ailments, including diabetes and heart disease. He and Beckham, 31, met in July 2014 at Scores in Atlantic City, where she was working as an exotic dancer. They apparently struck up a friendship of sorts. Liu began paying the rent on Beckham’s New Jersey rental apartment, and covered the cost of her plane ticket to visit her mother in Florida in August 2014. When Beckham returned from Florida, she gave up her apartment and moved in with Liu for a total of 35 days. On October 2, 2015, she moved out of his apartment and back to Florida in order to assist her ailing mother.

Liu professed his love and concern for Beckham in emails while she was away, but did not mention that he had made her the beneficiary of his retirement accounts and life insurance policy. He was found dead in his apartment on March 17, 2015. Several months later Beckham collected Liu’s retirement funds and $223,000 in life insurance.

This turn of events is not sitting well with Liu’s siblings. In the papers filed with the court, his sister May Liu alleges that “Beckham, as a professional exotic dancer, was adept at applying and using coercion and manipulation upon men.” She contends that her brother was on heavy medication and very vulnerable, and that Beckham cheated her and her sibling out of her brother’s monies that they should have received.

For her part, Beckham denies being a financial predator. She says she did not seduce Liu and never had a sexual relationship with him. His decision to leave her assets, she says, was his choice alone. She was surprised when his financial institutions contacted her about her inheritance. Until then, she never even knew the meaning of the word “beneficiary,” she has said.

However this case is eventually decided, it brings into clear focus an alarming and  growing problem in this country and our state: financial abuse of vulnerable adults. The elderly are especially vulnerable, because like Liu, they are often isolated and have physical disabilities that make them an easy mark.

The Florida Department of Children and Families defines adult financial exploitation as follows:

Exploitation may result in loss of property, money, or income. Exploitation means misusing the resources of an elderly or disabled person for personal or monetary benefit. This includes taking Social Security or SSI (Supplemental Security Income) checks, misusing a joint checking account, or taking property and other resources.Sometimes the elderly or disabled become isolated or ill and do not have someone who is willing and able to help meet their basic needs.

If you have an aging parent or an incapacitated loved one you believe is,  or may be the target of financial exploitation, a key preventive step is to stay in touch with the person. Involve yourself in the person’s life, concerns and care, stay on top of things, and enlist neighbors and other family members to crack through the isolation. If you think someone is being taken advantage of, contact Adult Protective Services at 800-96-ABUSE or online here.