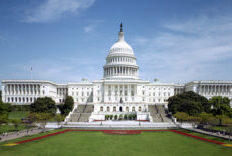 With bipartisan support, The Protecting Americans from Tax Hikes Act of 2015 was signed into law by President Obama in December 2015. It made permanent the option for those age 70 1/2 and over to make donations directly to qualified charitable organizations from Individual Retirement Accounts and (1) have the withdrawal excluded from the individual’s income for tax purposes and (2) count toward the individual’s annual required minimum distribution.

You may donate as much as $100,000 annually to qualified charities. Once the charitable rollover is made, you may not take that donation as a deduction. The donation must be made directly to the charity by the IRA administrator. You are not limited to one charity nor to one transfer: You may contribute throughout the year to as many qualified charities as you wish, just so long as the total contribution does not exceed $100,000 in any given year. You may not receive any goods or services from the charity in return for the gift.

This provision is especially useful for individuals who make sizable contributions to charity, since charitable deductions cannot exceed 50% of a taxpayer’s adjusted gross income in any given tax year. Rolling over a portion of an IRA to charity can reduce the donor’s taxable income as well as reduce the size of the donor’s estate which might otherwise be subject to estate tax.

Because the legislation was passed so late in 2015, many missed the deadline for making contributions for the 2015 tax year. There is plenty of time to start thinking about making IRA charitable rollovers for 2016. Talk with your estate planning attorney and accountant about this.