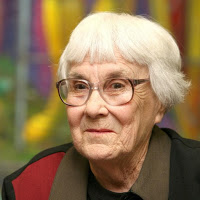 If you are someone who values privacy – in life and in death – take a page from Harper Lee’s estate plan. The author of the Pulitzer Prize-winning novel “To Kill a Mockingbird,” Lee was a ferociously private individual. And she designed her estate plan to keep things that way.

In college, Lee was known as a loner. In later life, she shunned publicity. She used her wealth to donate to philanthropic causes but tried to keep her donations anonymous.  Although she accepted the Presidential Medal of Freedom in 2006, she seldom showed up to personally accept other awards. In a rare 2011 interview, Lee said she’d stopped writing because “I wouldn’t go through the pressure and publicity I went through with To Kill a Mockingbird for any kind of money.”

Lee died in her sleep in February 2011 at the age of 89.  She had signed a will just six days before her death. That will, filed in an Alabama court, was sealed at the request of Lee’s personal representative, Tonja Carter. However, The New York Times successfully petitioned to unseal the document, arguing it is a matter of public record. The court agreed, and this week it was unsealed. The newspaper reported its findings in a February 28, 2018 article.

Her will was a pourover will. This is the kind of will we establish for our clients who establish trusts. The will simply directs Lee’s probatable assets to be transferred into a trust she had established earlier in 2011. And the trust, of course, is a private document. Consequently, we don’t know who will get her assets, nor the exact extent of her assets. Lee never married or had children. She has one niece and three nephews, but we do not know what, if anything, her trust leaves to them. Nor do we know what institutions might get possession of her letters and other items.

What we do know is that her estate is worth millions. “To Kill a Mockingbird” sells more than a million copies a year and generates $3 million in annual sales. The royalties and copyrights are valuable. Later this year, a “Mockingbird” graphic novel will be released. And a play based on the novel is scheduled to open on Broadway in 2018. We also know Lee spent little of her millions. The New York Times article notes that prior to moving to an assisted living facility, Lee was often seen in her hometown, Monroeville, Alabama, shopping at the dollar store, washing clothes at the laundromat, and ordering  $6 catfish plates at David’s Catfish House. So her estate plan gave her, in death, just what she wanted in life: her privacy.

Contact our law firm if you wish to discuss your own estate plan!