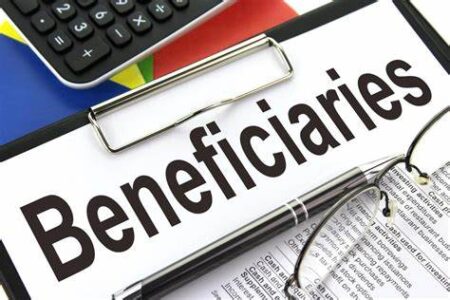 If you own an asset for which you have named a legitimate death beneficiary, the asset will not go to probate when you pass on.  Your beneficiary will avoid the court and the additional hassles and expenses that go with it. All your beneficiary must do is identify him/herself and produce a death certificate, and the funds will be released to him/her. Moreover, your will and/or trust have no impact on how such an asset is distributed.

Like Your Will and Trust, Beneficiary-Designated Assets Need Periodic Reviews

Consultations, time, money and all the formalities of document signing go into creating a will or trust. In contrast, naming a beneficiary is easy: You go to your bank, brokerage or employer and sign a form in minutes. Maybe that is why many people who are aware that they need to update their will or trust when circumstances change, often give short shrift to their beneficiary designations. They are just easier to forget about.

But beware: If you do forget about them, you risk derailing your estate planning goals. Missing or outdated beneficiary designations can allow the asset to fall into the wrong hands, create unnecessary tax consequences, or end up going through the probate process. Here is a recent case that illustrates how neglecting beneficiary designations can produce unintended negative consequences.

Michigan resident Mr. Omari Kamau Bell owned five insurance policies on his life through Security Mutual Life Insurance Company. In 2018 he named a different beneficiary for each policy, one of whom was his sister. The following year, he submitted change of beneficiary forms to the insurance company. His new beneficiaries were to be his estate, and his corporate guardian, Michigan Guardian Services. He indicated that both his estate and the corporate guardian were to get 100% of the assets – obviously a mathematical impossibility. Additionally, Michigan Guardian Services, as a fiduciary, had no legal right to benefit from Bell’s estate.

In response, Security Mutual sent Bell a letter in February 2019. The letter notified him that until he submitted corrected forms, his original five beneficiaries remained the rightful beneficiaries of the policies. Bell did not submit revised forms and on November 6, 2019 he died.

The matter ended up in court. It ruled that it was clearly Bell’s intention to change the beneficiaries of the policies, and therefore awarded the policy proceeds to his estate. The five original beneficiaries then appealed the ruling and in July 2002 the appellate court reversed the lower court’s ruling, stating that “Merely completing a form is not substantial compliance” with regulations governing the designation of beneficiaries. The five beneficiaries Bell originally named received the proceeds of the policies. Bell’s apparent last wishes were not honored.

You can read a summary of this case here.

Beneficiary-designated assets can play an important role in furthering your estate planning goals – or as the above case shows, derailing them. From your initial consultation with your estate planning attorney to periodic reviews, those assets should be examined to ensure that beneficiary designations are up-to-date and compatible with the rest of your plan.

In a future post, we will tell you how your beneficiary designations may be impacted by divorce, and how to deal with that situation.