Anthony Bourdain not yet divorced when he died, potentially complicating estate plan 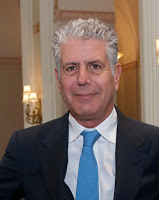 Marriage and divorce play a big role in the effectiveness of your estate plan. Here’s a prime example.

The late celebrity chef Anthony Bourdain and Ottavia Busia married in 2007. They had a daughter, Ariane. According to Bourdain, their relationship was always amicable, but they effectively led separate lives. They officially separated in 2016 and were in the process of divorcing when the 61-year-old Bourdain committed suicide while on a film shoot in France.

Busia filed her husband’s will in New York Surrogate Court in July.  The will leaves the bulk of his assets to his daughter.  The will calls for the creation of a trust for Ariane’s benefit. She is to receive a distribution at age 25, another distribution at 30, and the rest of the money will be released to her age 35. Distributing the money through the trust prevents Ariane from receiving her  inheritance in full at age 18, when she may not yet be mature enough to properly handle finances.

But here’s the issue: since the couple was still married, it looks like Busia is entitled to a piece of his estate. And it could be a substantial piece: The estate is said to be about $1.2 million at the time of his death. This includes $425,000 in cash and savings, $500,000 in intangibles such as royalties and residuals from his books and television show, $35,000 in brokerage accounts, and $250,000 in personal property. Busia is the executor of the will. (In Florida, the executor of a will is referred to as a “personal representative.’)

Litigation is a possibility. Will Busia sue? Time will tell.

The takeaway for the rest of us: An impending marriage or divorce – yours or that of any of your beneficiaries – should prompt a review of your estate plan!