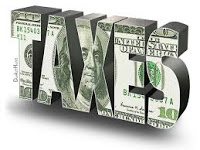 In keeping with the administration’s vow to simplify tax filing, the Internal Revenue Service is putting finishing touches on its revised 1040 income tax form. Although not quite the postcard size touted by the administration, it is indeed smaller: The revised form has only 23 lines, down from the 79 lines of the current form. The new form is intended to replace the current 1040,1040A and 1040EZ forms. About three-quarters of taxpayers currently use one of those three forms.

So what’s the verdict? Does the new form ease taxpayers’ burden? Maybe – depending on who you are.

Because the new tax law roughly doubles the standard deduction, many taxpayers will not bother to itemize. For them, the new form will be simpler.

For others, the new form won’t simplify much. Here’s why:

You can read more about the new form in this article in the Wall Street Journal(sign-in required to read).