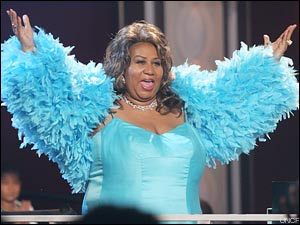 Singer Aretha Franklin passed away on August 16, 2018. The 76-year-old “Queen of Soul” died at her Detroit home of pancreatic cancer, surrounded by family.

Winner of 18 Grammy awards and known for iconic songs like “Respect,” Franklin was intensely private about her life and her finances. A 2016 New Yorker profile revealed that she asked for payment for a performance in cash, and would keep the money she received in a handbag onstage during her performance.

It looks like the era of privacy is over for Franklin and her family, because she died intestate (without a will). This past week, her sons Edward Franklin, Kecalf Cunningham and Ted White, and the guardian of her oldest son Clarence Franklin, filed papers in a Michigan Probate court indicating that their mother did not leave a will or trust. Her estate will be probated, and the details open to public inspection.
The attorney who represented Franklin in her entertainment dealings, Don Wilson, has said that he repeatedly encouraged his client to create an estate plan, with no luck. “I was after her for a number of years to do a trust,” he said. “It would have expedited things and kept them out of probate, and kept things private.” Like many Americans, Franklin resisted dealing with the issue – even though she had plenty of time to do so after the diagnosis of pancreatic cancer that would ultimately take her life.

In addition to opening up the family’s finances to public view, Franklin’s failure to plan opens the door to several other potential issues for the family:

Estate taxes: Without tax planning, Uncle Sam likely gets a bigger bite of federal estate taxes than it would if she engaged in appropriate tax planning. This will leave less for her family. The current estate tax exemption for an individual is $11.2 million; the difference between that and the $80 million currently in her estate could be taxed up to 40%.

Distribution of the estate: Michigan intestacy law will govern how Franklin’s estate is divided. She was not married at the time of her death, so the estate will be divided equally among her four sons. This seems equitable on the surface, but may actually be a negative for her oldest son, Clarence, who has special needs and may require more money than his brothers.

Royalties may complicate the estate: Franklin had rights to an extensive song catalog, so that $80 million is probably the tip of the iceberg. Managing the estate could get more complicated as time goes on.

Fortunately, it looks like Franklin’s four sons get along well, so that’s a good omen for the future. Of course, time will tell.

Please see a competent estate planning attorney to create your own estate plan, so that your family does not need to deal with unnecessary complications and loose ends when you are gone!