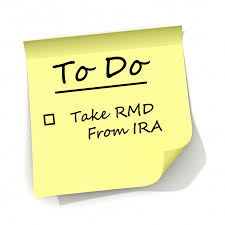 The CARES Act of 2020 allows taxpayers to skip required minimum withdrawals from IRAs, 401k and 403b plans this year.

The law was enacted on March 27, 2020. What about people who took their withdrawal prior to its passage, say, in January? Normally, you have a 60-day window to roll the funds back, and can do only one rollover per 12-month period. That restriction has left many early birds out in the cold, unable to reverse their withdrawals.

The IRS has just issued guidance on this issue, and it’s good news for the early birds: The deadline for reversing an RMD has been extended to August 31, 2020. The funds must be returned to the account they were withdrawn from.

The IRS states as follows: