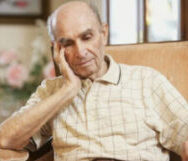 As a result of the Coronavirus Aid, Relief, and Economic Security Act  (CARES Act) passed on March 27, 2020, most Americans are receiving stimulus checks. If you are earning under $75,000 annually, your check will be $1,200.

If someone resides in a long-term care nursing facility and receives Medicaid benefits, will the money he/she receives impact benefits? To answer that question, we must address whether stimulus money is considered income, or an asset.

NOT INCOME TO THE RECIPIENT

Stimulus funds received by a Medicaid recipient in a nursing home are NOT considered to be income. They will not affect Medicaid eligibility as it relates to income.

MAY BE DEEMED AN ASSET AFTER 12 MONTHS

Upon receipt, the $1,200 stimulus will not be deemed an asset, even if it brings the Medicaid recipient’s assets above the asset cap of $2,000.

However, 12 months after receipt, if the stimulus funds have not been spent and have pushed the recipient’s assets over $2,000, the funds WILL be considered an asset. Medicaid benefits may then be jeopardized. Therefore, the recipient should spend all or as much of the funds as required within 12 months of receipt, to ensure the asset cap is not exceeded.

Care should be exercised regarding exactly how the Medicaid recipient spends the funds. Nothing should be purchased that could be considered a countable asset for Medicaid purposes. The money may be used for snacks, an upgraded television, a pre-paid funeral, clothing, transportation to and from a nursing home to attend a family event, etc.

WHAT ABOUT THE COMMUNITY SPOUSE?