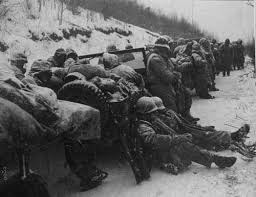 V.A. Aid and Attendance (officially known as Improved Pension with Aid and Attendance) is a little-know benefit available to elderly and disabled veterans who served during certain wartime periods and who can meet financial and other eligibility criteria. However, “available” does not mean “easy to get approved for.” With the Veterans Administration under so much criticism these days, it is not surprising to learn that the lumbering agency moves slowly — at times, far too slowly — for elderly people who apply for benefits. Getting approved for Aid and Attendance benefits requires onerous paperwork and endless persistence. Cynical veterans have morbidly referred to the V.A.’s approach to processing benefits requests as Deny, Delay, And Wait Till They Die.

This is precisely what happened to Arkansas residents Robert and Mary DeCicco. Their case was reported in a May 24, 2018 Boston Globe article. The elderly spouses, both Marine veterans, had been married over sixty years. Robert was a Korean War vet who had also survived bladder cancer, had a kidney and lung removed, and undergone a triple bypass. Their adult children were caring for them until the summer of 2017, when it became apparent they needed more intensive help than their kids could furnish. It was decided that moving to a nursing home was the best option. The DiCiccos knew it would be expensive, but their son Stephen had researched veterans aid and attendance and knew his parents qualified for benefits that would defray some of the cost. They completed the benefits application. Trusting that the government they had served would come through for them, the couple moved into a nursing home. Stephen gave his parents the initial $3,000 needed to move in. The nursing home agreed to wait on the rest of the money  until the V.A. approval came through.

But the approval did not come through. The bills kept piling up. In January 2018 the DiCiccos had no choice but to sell their modest home, at a loss. Two thirds of the sale proceeds went to cover nursing home bills. Mrs. DiCicco was heartbroken, telling her son, “That money from the house was for you kids.”

Ever the proud Marines, neither Mr. or Mrs. DiCicco was about to criticize the Veterans Administration. But Mr. DiCicco was becoming increasingly anxious about the mounting debt. By March 2018, the nursing home bill had climbed to $40,000. Kim Mosley, the facility’s director, repeatedly called the V.A. “I told them that these veterans could be homeless if it wasn’t for our home taking them in, and that they needed to be approved very soon,” she says. She recalls that Mr. DiCicco would listen to these telephone conversations from his wheelchair, disappointed each time there was no resolution – in fact, no updates or any information at all. “They were such a sweet, loving couple that we just had to help them,” she said. “They didn’t even have hardly any spending money.” Their son Stephen also tried contacting the V.A., but encountered long holds on the phone and staff who often could not even locate his parents’ files.

Finally, in March, the DiCiccos’ benefits were approved. Unfortunately, that was six days too late for Mr. DiCicco. He died on March 2, 2018, at age 85, still worried about the unpaid bills. “What makes me the maddest of all is that he didn’t die in peace,” his son said. “It’s amazing how little anyone knows or is willing to help you.”  Mrs. DiCicco said, “He died waiting for it. They do everything over there to get him shot at. He paid a debt to his country, and I feel that they owed him something.”

So what in the world happened? Claims for those age 85 and older are supposed to get expedited processing. V.A. officials subsequently explained that the couples’ benefits were delayed because pension claims for two married veterans must be processed simultaneously; complications in validating some of Mrs. DiCicco’s information had created the hold-up. “Regrettably, our efforts to establish entitlement resulted in delays,” the agency said in response to the incident. “Clearly we could have done better for Mr. and Mrs. DiCicco.”

The Karp Law Firm has several V.A. – accredited attorneys on staff. When a veteran (or veteran’s widow) who might qualify for aid and attendance hires us for Medicaid planning, we will submit the V.A. application as a courtesy. The V.A. prohibits lawyers for charging for help to prepare applications (although accredited attorneys may charge to handle appeals).

The Veterans Administration needs to do better. We will see what happens now that David Shulkin no longer heads the giant agency. Privatizing services has been floated as a solution, but that idea has its critics. One thing all can agree on is that elderly veterans do not have endless months or a year to wait for their applications to be processed. Like Mr. and Mrs. DiCicco, many are in immediate or near-immediate need and must have a quicker response.

Learn more about V.A. Improved Pension with Aid and Attendance.