Probate Proceedings Under Way For Estate of Parkland Shooter’s Mother 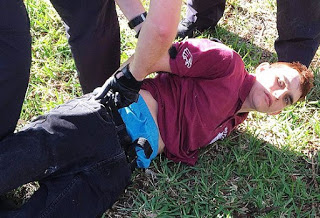 Nicholas Cruz, the gunman who killed 17 people at Parkland’s Marjory Stoneman Douglas High School on February 14, now sits in a Broward County jail. He has admitted to the crime, and his court-appointed defense attorneys told CNN that he intends to plead guilty if doing so will allow him to avoid the death penalty. It would seem to be an open-and-shut case.

According to several sources, Cruz tried to get his hands on his mother’s money prior to the deadly rampage. On December 19, 2017, he hired attorney Audra Simovitch to open the probate estate. Simovitch subsequently said that Lynda’s friend, who had taken in Nicholas and his brother Zachary following her death, was uncooperative. Simovitch is no longer on the case.

Of course, Nicholas Cruz will never be able to use the money, except for legal fees and damages arising from his crime. The question now is if he is truly indigent – in other words, how any money he’s entitled to impacts on his eligibility for legal representation at taxpayer expense. Cruz faces lawsuits, there are claims against the estate, and the courts must yet determine how the assets would be split between the two brothers. (By the way, brother Zachary is also in jail at the moment, on charges of trespassing.)

Cruz’s attorneys say he wants any money he would otherwise inherit to help the families of his victims. One of his court-appointed attorneys, Melissa McNeill, recently told the judge that “Mr. Cruz does not want those funds, whatever money that he is entitled to. He would like that money donated to an organization that the victims’ family believes would be able to facilitate healing in our community or an opportunity to educate our community about the issues that have ripened over the last four or five months.”

Judge Elizabeth Scherer will make a decision about whether Cruz is officially indigent by the next court date, April 27.