This Prince was no pauper 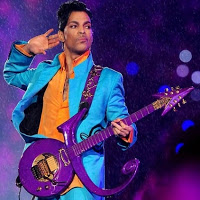 The untimely death of musical superstar Prince has estate planning lawyers paying close attention. With all the usual combustible elements in place – celebrity, money, and a somewhat unconventional family situation – there’s fierce speculation as to just what was in Prince’s estate plan. Or even if he had one.

Did he have a will?

At this writing, no one knows for sure if he did. Prince’s one full sibling, Tyka Nelson, has requested that the court appoint an administrator to handle the estate, indicating she has no knowledge that a will exists. But others who knew Prince doubt he would have neglected making one, given how detail-oriented he was in other areas of his life. He was also reported to be a highly private person – as much as a superstar can be, anyway. If that’s the case, then he probably would have created a trust rather than a will, in order to keep his dispositions private. A will or trust may yet turn up.

Current estimates put Prince’s estate at $300 million, but that does not count its post-mortem value. As-yet-unreleased music, future royalties and the like mean that his estate, like the estates of Elvis and Michael Jackson, may be worth more than the artist was when he was alive.

With no will, the tax bite could be huge

If Prince did in fact die intestate, there obviously would have been no tax planning. That would allow Uncle Sam to take 40% of the value of his estate in excess of $5.45 million. The State of Minnesota would grab its own 16% tax.

Prince was not married at the time of his death. Nor did he have children. In addition to his sister, he has several half-siblings. Some of his original siblings and half-siblings have died, who themselves had children.  (I do not know the law in Minnesota, but in many states, a step-sibling is entitled to half of what a full sibling would receive.)

With all these circumstances in play, you can bet we’ll be hearing more about Prince’s estate over the next weeks, months, and yes, even years.