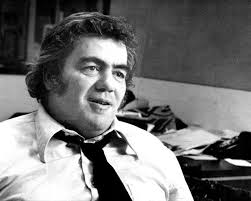 If you are or were a resident of the Big Apple, you know Jimmy Breslin. Chances are you either loved or hated him. The tough-talking, hard-drinking journalist wrote prolifically about the streets and the common people of the city he was born in, lived in, loved. He famously said, “When you leave New York, you ain’t going anywhere.” Breslin’s work brought him numerous kudos, including a Pulitzer Prize, and ample notoriety. He was Norman Mailer’s running mate for mayor in 1969. And David Berkowitz, the “Son of Sam” killer, wrote to Breslin in 1977: “I read your column and find it quite informative.”

Breslin died this past March at age 88 (in New York City, of course). According to papers filed in the surrogate court, his celebrity far exceeded his wealth. He left $99,000 in “copyrights in literary property” in a trust for the benefit of his wife, Ronnie Eldridge, a former member of the City Council. Evidently his publishers own most of his body of work. If anything remains in the trust after Eldridge passes, 70% will be divided among Breslin’s four surviving children from his prior marriage, and 30% among Eldridge’s six grandchildren from her first marriage. Eldridge also gets the assets the couple owned jointly, which include a condo and some bank accounts.

Breslin’s will contained a no-contest clause, so that anyone who challenges the provisions is automatically disinherited. (Florida does not recognize no-contest clauses.)
One thing you can say about Jimmy Breslin: He was never bored. And he was never boring, either, a quality he described as “a felony.” He will be missed.