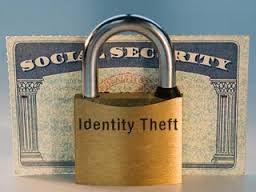 Since the launch of the Medicare program in 1965 and until today, the agency has issued ID cards bearing the beneficiary’s Social Security number. This was not particularly problematic years ago. But today, the tsunami of identity theft has made it a massive problem. According to a Javelin Strategy and Research study, 15.4 million Americans lost $16 billion to identity theft in 2016. And the most valuable key that scam artists have to unlock your identity is – you guessed it – your Social Security number. Getting access to it allows thieves to file fake tax returns, open up accounts in your name, and even get medical care using your identity.

Most health insurers have already removed the Social Security number from their identifying materials. Medicare has been a straggler, but that will soon change, thanks to the Medicare Access and Chip Reauthorization Act of 2015. Effective April 2018, Medicare will begin sending beneficiaries replacement cards that do NOT display the Social Security number. Instead, the identifying number will be your MBI, your “Medicare Beneficiary Identifier.” Replacement cards will be sent in phases, and all beneficiaries should have received new cards by April 2019. Until then, keep your Medicare card safe and secure.