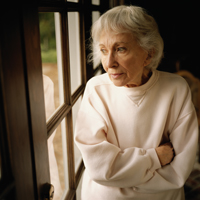 The Elder Abuse Prevention and Prosecution Act became law in October, 2017. The result of rarely-seen bipartisan cooperation in Washington, the law seeks to stem the growing tide of elder abuse and fraud by court-appointed guardians, as well as curb other forms of elder exploitation.
As I noted in a prior post, there is growing concern about elder abuse perpetrated by guardians appointed by the court to handle incapacitated persons’ affairs. With lax oversight, an unethical guardian can too easily neglect a ward or plunder his/her assets. Fortunately, most court-appointed guardians are good souls trying to best serve their wards. But, as reports from around the country reveal, not all court-appointed guardians are well-intended, and the problem is getting worse as the population ages.

Florida has introduced some new regulations to better supervise court-appointed guardians. Now, with the Elder Abuse Prevention and Prosecution Act, the federal government is stepping up to the plate, too. The law designates federal resources to help monitor and prosecute elder abuse and exploitation cases. Some of its key provisions are:

Of course, the best way to avoid being victimized by an unethical court-appointed guardian is to make legal plans so that you never become the subject of a court-ordered guardianship. At the very least, a well-crafted durable power of attorney and medical surrogate are needed. These plans must be made before incapacity strikes. Check out The Karp Law Firm website for strategies to avoid guardianship.

Read the text of the new law here.