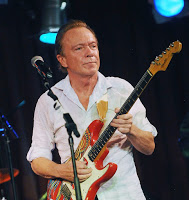 Another legend gone too soon. The Partridge Family heartthrob and Fort Lauderdale resident David Cassidy died on November 21, 2017 as a result of liver and kidney failure. He was 67. As noted in a 2017 post, Cassidy was diagnosed in 2015 with dementia. Both his father and mother, actors Jack Cassidy and Evelyn Ward, suffered from dementia. He had ceased performing a few years earlier, no longer able to remember the lyrics to his songs.

Cassidy’s will cuts out his oldest child, Katie. He and her mother never married. Cassidy did not participate in her upbringing, although they reportedly had somewhat more contact in recent years. His will bequeaths his music memorabilia to his three half brothers, Patrick, Ryan and Shaun. The rest of his estate – estimated at a surprisingly modest $150,000 considering his earlier fame – goes to his son, Beau, 26.

Cassidy had financial difficulties, along with longtime drug and alcohol problems. He had declared bankruptcy in 2015 and was forced to sell his waterfront Ft. Lauderdale home for $1.85 million. At the time of his death, he still owed about $103,000 to his lawyers. Therefore, it’s doubtful that Beau will see much of anything from his father’s estate. Estate creditors must be paid before anything is distributed to beneficiaries.

A sad end for someone who delivered so much happiness to others during his career.