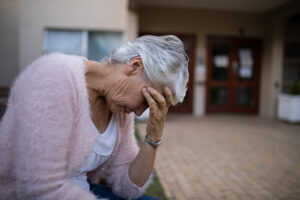 If the court decides you can’t make your own decisions due to incapacity, it will appoint a guardian for you. You then lose the right to make your own decisions.  Your guardian gets extensive authority over your life, from deciding where you will live, with whom, who you can socialize with, what medical treatments you should get, and how your money should be spent. And the guardian will be paid from your pocket. According to the U.S. Justice Department, 1.3 million adults are currently under guardianship.

Guardians are supposed to protect the interests of the elderly and the vulnerable who cannot care for themselves. Thankfully, most do. But when someone has such extensive power, especially if money is involved and oversight is lax, abuses are bound to occur. And occur they have. One particularly egregious case in Florida is that of Rebecca Fierle, a court-appointed “professional” guardian based out of Orlando. Operating under the protection of the legal system, she is accused of widespread financial and other forms of abuse against her wards. The Orange County Clerk’s Office claims she double-billed for services and collected at least $4 million in fees without getting required court approval. She signed a do-not-resuscitate order for one ward, 75-year-old Navy veteran Steven Stryker, against the wishes of both his family and his medical staff.  He was not given life-saving treatments and passed away in 2019. You can read about this horrifying case here.

If you suspect someone you know is being subjected to an abusive guardianship, call the Florida Elder Abuse Hotline at (800) 962-2873. You may also complete an online report here.

The need for serious reform has become increasingly obvious to lawmakers on both sides of the aisle, both at the state and federal level. We tell you about their proposed reforms in this post. But the bottom  line is this:  the best way to avoid falling prey to a bad guardian is to avoid court-ordered guardianship altogether. Happily, you can achieve this goal by having certain legal arrangements in your estate plan.

The latest effort to reform Florida’s flawed guardianship system was the establishment of the Florida Guardianship Improvement Task Force in July 2021. Comprised of judges, lawyers and others, the panel heard from interested persons from all walks of life, and issued its findings in November 2021. Here are the main takeaways:

Read all the task force recommendations in detail here.

Congress has also looked at ways to combat guardianship abuse, with concern ramping up on both sides of the aisle as a result of the highly publicized Britney Spears guardianship battle. Among the initiatives being discussed in Congress:

Protect Yourself From Guardianship With These Steps

If you become incapacitated, having certain legal plans in place can help keep you out of guardianship. Talk with  your elder law attorney about putting these plans in place. Steps include: