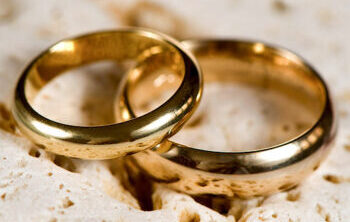 The outcome of the Ric Ocasek-Paulina Porzikova case, which unfolded in New York State, illustrates how the elective share works in Florida. In our December 2019 post, we noted that rocker Ric Ocasek, frontman for the rock group The Cars, passed away in September 2019 from post-surgical complications. He and his wife, supermodel Paulina Porzikova, were in the process of ending their marriage of 28 years. The divorce was not yet final. In fact, they were still living in the same home. There was no prenuptial or postnuptial.

As in Florida, New York law prevents a spouse from being disinherited from the estate of the deceased spouse. As in Florida, the elective share in New York is 30% of the decedent’s estate. However, as Porzikova discovered shortly after her husband passed away, his will completely disinherited her. He left her no money, no property. Ocasek had signed the will just one month prior to his death. Porzikova said in an interview with UBD Global Wealth Management that she was so broke after her husband’s passing that she had to borrow money for groceries from friends.

She’s not broke anymore, thanks to New York’s elective share law. As we predicted in our prior post, Porzikova sued the estate for her rightful share. In October 2021, the court found in her favor, and she was awarded the elective share of her late husband’s assets. Commenting on the case in a recent podcast, she said: “I know exactly how much I’m owed under New York law, how much is due to me. And I am getting it.” The exact value of Ocasek’s estate is not public. Ocasek listed his assets at about $5 million, but Porzikova has said that is likely a low-ball number, offered for tax purposes only.

Musing on why Ocasek attempted to disinherit her, Porzikova said: “My husband had some lawyers, and he was supposed to go through surgery. … They just cobbled together a really fast, kind of stupid thing. I don’t think my husband had the brain capacity at the time to figure out what he was really doing. … He was a bit of a hypochondriac anyway. … I think he signed a piece of paper without spending a lot of time thinking about it.” Sounds like a really good reason not to wait until a crisis to do your estate planning!

Florida residents who plan to marry are wise to remember that Florida makes it extraordinarily difficult to disinherit a spouse. As we explained above, Florida elective share law prevails unless a spouse has waived his/her rights to it. A prenuptial, provided it is properly drafted and complies with Florida’s Uniform Premarital Agreement Act, will override a deceased spouse’s will or trust. Prenuptial agreements may not be necessary for younger people entering marriage with few assets, but it has become an increasingly popular tool for older individuals who bring significant assets to their marriage and/or have children from prior marriages. If you feel uncomfortable broaching the subject of a prenuptial with your prospective spouse, remember that a prenuptial is not necessarily forever. It is not uncommon for couples in longstanding second marriages to ultimately revise them or scrap them altogether.

Watch The Karp Law Firm video on how Florida elective share law impacts you and your current spouse or future spouse.

Be sure to seek professional legal advice about your estate planning and explore whether a prenuptial agreement is right for your situation. Contact The Karp Law Firm attorneys at (561) 625-1100 or email us at klf@karplaw.com.