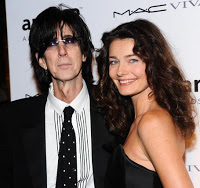 Rock’n’roll lost another icon on September 15 with the death of Ric Ocasek. The 75-year-old lead singer of The Cars died at his New York City townhouse from pulmonary and cardiac complications following surgery. Now, there are complications in his estate, too.

At the time of his passing Ocasek was separated but not divorced from his wife of 28 years, supermodel Paulina Porzikova. His will, signed just a month earlier, states: “I have made no provision for my wife Paulina Porzikova (“Paulina”) as we are in the process of divorcing. Even if I should die before our divorce is final … Paulina is not entitled to any elective share … because she has abandoned me.”

The word “abandonment” is key. In both New York State and in Florida, a surviving spouse is entitled to a one-third elective share of the deceased spouse’s estate. But while abandonment can be a legally valid basis for disinheriting a spouse in New York, that’s not the case in Florida.

Following Ocasek’s passing, Porzikova pushed back on the notion that she had abandoned Ocasek, despite the ongoing divorce proceedings. She heaped lavish praise on him, calling him her “sun.” She noted that she was caring for him during his recuperation, had brought him cookies the night before his death, and was the one who discovered his body the next morning when she stopped to deliver coffee. She wrote on Instagram: “We still lived together… His death is the end of my world as I knew it.” The couple has two sons together.

Estimates of Ocasek’s estate, based on a list of assets filed with his will, include $100,000 in tangible personal property, just $15,000 in cash – but over $5 million in “copyright rights.” And that does not include whatever might be in trusts that are not publicly viewable. That is ample impetus for Porzikova to file suit and to pursue her elective share. That now appears likely to happen: In November, Porizkova hired a lawyer to represent her. The “abandonment” issue will surely figure prominently as the case proceeds.

Florida residents who plan to marry are wise to remember that Florida makes it extraordinarily difficult to disinherit a spouse. It follows that if circumstances warrant it – for example, if you have children from a prior marriage or significant assets prior to a new marriage – you should consider obtaining a pre-marital waiver of elective share. A pending divorce or even what Ocasek describes as “abandonment” has no legal significance in Florida: your spouse remains your spouse, entitled to an elective share of your estate and to certain rights to homestead property, until the marriage is legally dissolved.