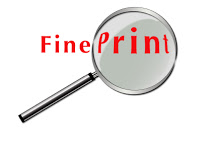 Admitting a loved one to a nursing home can be a deeply  emotional, troubling experience, but it is important to keep your wits about you. In prior posts (read more here and here) we advised you to read the fine print when completing the admissions paperwork, and to avoid signing as the “responsible party.” Signing as the responsible party can put you on the financial hook.

There is another item on many nursing home admission forms that requires your close attention: the mandatory arbitration clause.  If you sign that clause, you forfeit the right to bring a lawsuit if your loved one is injured as a result of mistreatment or neglect in the nursing home. Instead, you will be required to rely on a private arbitrator to settle the dispute. Since the nursing home drafts the clause, it gets to select the arbitrator, and naturally, the one selected is often the one the nursing home believes is most likely to decide the case in its favor.

A 2015 New York Times article cites the case of Roberta Powers, an 83-year-old woman with dementia who resided in an Alabama nursing home.  During a visit, her family found her unresponsive in her bed. A day later, she passed away. An autopsy revealed she had had been given 20 times the prescribed dose of insulin. But, because her family had signed the mandatory arbitration clause, they could not take the case to court. Instead, the case went to an arbitration panel – that ruled in favor of the nursing home.

Another incident was reported by Kaiser Health News in 2012. John Mitchell, just 69, was admitted to a nursing home after suffering a stroke. His longtime friend and legal guardian, Paul Ormond, accompanied him when he entered the facility, signing his name on the paperwork as directed by staff. Days later, staff dropped Mitchell on the floor while transferring him from bed to chair. A call was made for an ambulance, but the call was cancelled when Mitchell’s vital signs appeared to improve. A few days later Mitchell died as a result of extensive bleeding in his brain. When his sons investigated, they discovered that Ormond had signed a forced arbitration agreement during the admissions process, severely limiting their legal recourse.

Critics of forced arbitration agreements say that when the nursing home is protected from financial fallout arising from abuse or neglect, patient care suffers. Also, the nursing home gets to protect its reputation because, unlike in a civil suit, arbitration is a private matter.

On the other hand, defenders say that in an environment of rapidly rising costs, arbitration agreements help to tamp down the cost of care, benefiting patients and families. They also argue that disputes can often be resolved more quickly and cost-effectively for families via arbitration than a lawsuit. Currently, the Centers for Medicare and Medicaid Services is grappling with this issue, trying to determine whether federal funding should be denied to nursing homes that impose mandatory arbitration agreements.

Our advice is to read all the fine print on the nursing home admissions paperwork. If you find there is a mandatory arbitration clause, cross it out and don’t sign that portion. Your loved one cannot be denied admission if you refuse to sign.

You can read more about this important issue in a 2015 report issued by the organization Public Justice. Click here.