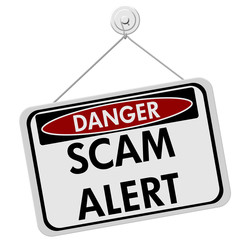 *Update: This story and Attorney Karp’s commentary was published in the Palm Beach Post 1/15/23. Read it here.

I am personally cautioning our blog readers about a brazen scam that was perpetrated on my late client, Ms. Dorothy Sayah, by MV Realty PBC, LLC. (I am using my client’s real name since the case is part of public record.) This company has engaged in widespread, deceptive practices to trick the vulnerable into giving up much of the equity in their homes. Fortunately, I was able to undo the potential damage done to my client’s estate. Other victims exploited by these predators have not been so lucky; in fact, they and their loved ones may not even be aware they have been victimized. Homeowners should be on guard against this fraud.

After realizing what MV Realty had done to my client, I alerted the Florida Attorney General’s office. The Attorney General conducted an investigation that culminated in its filing a 42-page lawsuit against the company and its principals, to prevent it from preying on our state’s vulnerable citizens.

This post explains how Ms. Sayah fell victim to this company’s predatory business practices. It is a complicated story and I boil it down to its basic elements. I also tell you what you need to know in order to protect yourself and your vulnerable loved ones from scams of this nature.

Ms. Sayah had been my client for twenty years. In 2021, when she fell victim to this fraud, she was 82, widowed, economically secure, and owned her home in St. Lucie County. I was serving as her agent under her power of attorney, and as her successor trustee under her trust.

In 2021 it became clear to me that her cognitive functioning had dramatically declined. Her neighbors had called me to report that she was running about outside, calling for her deceased parents. They recalled her commenting about selling her house. Some neighbors said they noticed people going in and out of her home who they believed to be real estate agents. I paid a visit to Ms. Sayah to check on her welfare. As I sat with her, it was clear that she was cognitively impaired. She was confused and delusional. It was obvious that she was no longer capable of making reasonable decisions about her welfare or finances. I needed to act to prevent her from harming herself with poor financial and medical decisions.

Why Petitioning the Court Was Necessary

In most situations of this nature, the person in cognitive decline will be compliant, allowing their agent under their power of attorney, their successor trustee, and their health care surrogate to take over their decision-making. Their compliance makes court involvement unnecessary. Unfortunately, this was not the case for Ms. Sayah. When I recommended that she allow someone else to manage these decisions for her, she disagreed and insisted she was entirely capable of handling her own affairs. Because the above-mentioned documents do not actually prevent a person from continuing to act on their own behalf, I now had no choice but to get the court involved. I petitioned the court to have her declared incapacitated, so that she would no longer have the legal authority to make decisions about her own welfare, health and finances.

After appointing an independent examining committee and reviewing their findings and other information, the court found Ms. Sayah to be incompetent. It authorized the agents designated in her legal documents to act, and removed her authority to act on her own behalf.

Discovery of the Memorandum

My client’s finances were examined in preparation for filing the petition with the court. Research of public records turned up a shocking fact: A company known as MV Realty PBC, LLC had filed a Memorandum of MVR Homeowner Benefit in St. Lucie County on February 3, 2021. The memorandum was effectively a lien against Ms. Sayah’s home for the next 40 years! How could this have happened?

Digging deeper, I learned that the basis for the memorandum was a contract Ms. Sayah had signed with MV Realty on January 16, 2021 – a date when anyone meeting or speaking with Ms. Sayah would have recognized she was seriously impaired and incapable of signing a valid and enforceable contract. Nonetheless, she was offered the contract, and she signed it. It contained outrageous and exploitative terms, which included:

When all these facts came to light, Ms. Sayah’s cognitive impairment was so severe that she could not even explain to me how she and MV Realty came to connect. I suspect that the company had reached out to her, based on the Florida Attorney General’s findings (which I will discuss in a moment) that the company used “abusive and deceptive telemarketing practices, including calling millions of people on the National Do-Not-Call Registry and leaving millions of unwanted, pre-recorded voicemails.”

At this point, I hired a litigator to work on getting both the original contract and the memorandum terminated. On July 6, 2021, MV Realty’s officer, David Manchester, signed the termination. It was recorded in the public record on July 16, 2021.

Additionally, I contacted the Florida Attorney General’s office to alert them to what had happened to my client. The Attorney General launched an investigation and on November 29, 2022, filed a 42-page lawsuit against MV Realty, to stop it from engaging in exploitative business practices, and seeking significant financial penalties. Read the lawsuit here. In a press release announcing its action, Attorney General Ashley Moody stated: “For many Floridians, their home is their most important asset and the cornerstone of their financial stability. For a company to prey on unsuspecting homeowners in a way that locks them into a 40-year obligation designed to siphon away equity from the property is disgraceful. Today, I filed legal action to end this deceitful practice and protect Florida homeowners from further harm.”

Victims Not Limited to Florida

Although MV Realty’s headquarters is located in Delray Beach and Ms. Sayah resided in St. Lucie County, MV Realty has filed similar memoranda throughout the State of Florida. Moreover, its predatory business practices extend outside Florida: As of January 2, 2023, the company’s website states that it operates in 33 states. Since the Florida Attorney General filed its lawsuit against MV Realty, similar lawsuits have been filed by Massachusetts and Pennsylvania. It is likely more states will do the same.

How to Protect Yourself and Your Vulnerable Loved Ones

Scams of this nature are heavily targeted to older people, whom fraudsters view as particularly vulnerable. Warn any vulnerable person you know, whether parents, siblings, friends or neighbors, about the scam and advise them to be vigilant. Some other steps you can take:

Human nature being what it is, fraud will always be a fact of life. We often hear the phrase caveat emptor, let the buyer beware. Ms. Sayah’s case demonstrates that the reverse is also true: The SELLER must beware, too!

We frequently report on emerging scams in our monthly e-newsletter. Subscribe to it here.