An Estate Conflict Straight Out of Hollywood 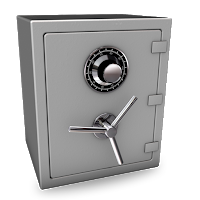 Here’s an intriguing, somewhat salacious estate planning story straight out of Tinsel Town. It even sounds like a Hollywood movie. Not surprisingly, it involves two marriages, children from both, and of course, big money. Read on and take a break from the 24/7 pandemic information overload.

Malibu resident Joe Kaplan started out in his family’s Missouri meat-packing business after college graduation. He left that business, and went on to make a fortune in financial services, creating two highly successful firms that were eventually acquired by others. The second, Innovative Merchant Solutions, was bought by Intuit.

Kaplan’s first marriage lasted 20 years and produced two children, Brandon and Danielle. The marriage ended in 2006. Two years later Kaplan married Elizabeth McAdams and had a son with her, Parker, born in 2009. Rumor has it that the Kaplans’ relationship was not all smooth sailing. Then, while on vacation with Elizabeth in Bermuda in July 2018, Kaplan died suddenly in his sleep. He was 55.

Elizabeth’s prenuptial agreement guaranteed her $5 million. Everything else, including their Malibu residence, is in a Living Trust Joe established for her benefit and the benefit of all three of his children. According to the Joe Kaplan Living Trust, Elizabeth is entitled to live in the house, rent-free, until she remarries or begins cohabiting with someone who is not a blood relative. Joe named his brother, Aaron Kaplan, as trustee. Aaron is a well-known producer of many television shows, including American Housewife, The Chi, and the Santa Clarita Diet. Joe is not a beneficiary of the trust.

Aaron knew his brother liked to stash large quantities of cash in his home. Not long after Joe’s death, Aaron began to suspect that his sister-in-law might try to pocket those monies and other valuables, which rightfully belong to the trust, not her. He was also concerned about the solvency of the trust, as his brother reportedly left behind $15 million in gambling debts. Of particular concern to him were the contents of a wall safe in Joe’s personal closet.

Aaron took his concerns to his lawyers. They sent Elizabeth a letter reminding her that everything in the house is trust property and advising her not to touch the safe. But there’s more: They installed a secret monitoring system in Joe’s closet. Two motion-activated cameras were placed there, ready to record any attempt to access the safe.

As it turns out, there was an attempt. Footage revealed Elizabeth and a locksmith trying to get the safe open. Other footage recorded Elizabeth searching through her late husband’s clothing, discovering $10,000 in cash, and pocketing it. While going through his clothing, she was allegedly on the phone with her father and uncle, making disparaging remarks to them about her late husband.

But the secret cameras didn’t remain secret. Elizabeth discovered them, disabled them, and recording ceased. In February 2020, Aaron filed a petition for instruction with the court documenting what had transpired. His attorneys stated: “Based on consultations with his attorney, the Trustee understood that he could – and should – have motion-activated cameras installed in Joe’s personal closet to monitor and protect those assets for the beneficiaries of Joe’s Trust.” Additionally, Aaron accused his sister-in-law of extortion, saying she threatened to go public with the camera story in order to ruin his reputation – unless he stepped down as trustee.

Aaron refused to step down. And Elizabeth has not backed down, either. Recently she filed a lawsuit against Aaron, accusing him of invasion of privacy. Although Aaron claims both cameras were focused solely inside Joe’s closet – one trained on the safe and the other toward the back of the closet – Elizabeth says one camera was pointed in the direction of her personal closet, where she regularly dressed and undressed. Her lawsuit also claims that Aaron failed to fulfill his duties as trustee by providing her with the $5 million she’s entitled to from her late husband’s estate.

“Protecting trust assets is not a defense to his violations of Elizabeth’s right of privacy or of criminal statutes,” her attorneys state. “Not only were his actions criminal, they were in poor judgment, repulsive and perverted, since Aaron, as a male trustee, effectively placed his ‘eyes and ears’ in a woman’s master bedroom suite, regardless of whether he actually saw Elizabeth scantily dressed or nude.”

Aaron’s attorneys’ reply: Elizabeth is sensationalizing her husband’s death and Aaron has simply done what is required of a fiduciary: “As trustee, Aaron is focused only on protecting the Trust for the benefit of all of its beneficiaries as his brother wished, and he will not succumb to extortionist tactics.”

Fortunately, if you are a trustee, performing your fiduciary duty is likely to be fairly straightforward, and hidden cameras won’t be necessary. The Kaplan case will no doubt present more moments of suspense as the parties battle it out. As they say on TV – a business that trustee Aaron Kaplan knows well – Stay tuned.