With A Do It Yourself Will, They Almost Got Away With Disinheriting a Rightful Beneficiary 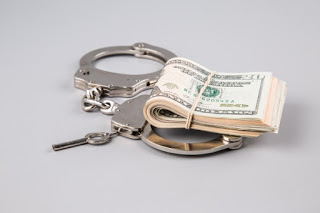 Online web sites that allow the creation of do-it-yourself estate planning documents have some serious downsides. Among them: making it easier for people with nefarious motives to create fraudulent documents. From Arkansas comes an interesting case that illustrates the danger.

Arkansas resident Matthew Jacobs, 34, was killed in a car accident in 2015. His estate was about $1.7 million, in large part from a settlement for injuries he sustained in the Deep Horizon oil rig explosion. Jacobs left behind a 17-year-old son, Jordan.

At the time of death, Jacobs was in a long-term relationship with Alexandra Peterson, 23. When Jacobs’ son and brother could not find a will, Peterson’s mother, Donna Herring, saw an opportunity. On the website formswift.com that provides do-it-yourself will preparation software, Herring posed as Jacobs. She created a fraudulent last will and testament leaving just $50,000 to Jacobs’ son, and the rest to Peterson, who she also named as executor (a role that as a minor, Peterson could not legally assume). Herring used her sister Diane Kinley’s debit card to pay for the online will, and enlisted Diane and her husband John Kinley as “witnesses” to the will.

Herring then obtained from her daughter the combination to Jacobs’ gun safe. She placed the phony will in the safe, provided the combination to her husband and a family friend, and directed them to enter Jacobs’ home and open the safe. Of course, they then “discovered” the will Herring had placed inside.

The will was probated and a settlement reached in March 2015. Jacobs’ son received the $50,000 earmarked in the fraudulent will, and an additional $250,000. He and Jacobs’ brother received some personal property. But Peterson got the lion’s share of her boyfriend’s estate: $1,300,000.

The windfall didn’t last, though. In 2016 the FBI and Arkansas State Police started investigating, and the law caught up with Herring and the others. All pleaded guilty to wire fraud or conspiracy to commit wire fraud.

This past November, Judge Susan Hickey of the Western Arkansas U.S. District Court handed down their sentences: Herring will spend 41 months in prison followed by three years of supervised release, notwithstanding her assertion that her judgment was clouded by grief over losing Jacobs, who she says was like a son to her. Her sister Diane will serve 18 months in jail, and her sister’s husband, 12 months. All must report to prison on Jan. 22, 2020. As for Peterson, Jacobs’ girlfriend, investigators concluded she was not involved in hatching the plot. She did, however, lie to the FBI by claiming she did not know the whereabouts of Jacobs’ cell phone. That lie earned her six months of house arrest and three years’ probation.

Herring, her sister and brother-in-law will also have to make restitution no later than 2026.

The U.S. Attorney for the Western District of Arkansas has said of the case: “I hope that the conviction and sentence in this matter represents some comfort to Matthew Jacobs’ son, Jordan Jacobs, who was the victim of this scheme to disinherit him in the wake of his father’s tragic passing.”

Here’s the takeaway for the rest of  us: