What Every Personal Representative Must Know 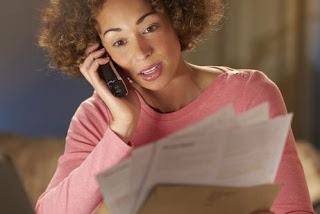 Naming a personal representative (executor) to administer your estate is a serious decision. So is deciding if you want to serve as one. A personal representative is a fiduciary, required to always act in the best interest of beneficiaries. Moreover, he/she may be personally liable for any damages to beneficiaries. A recent case out of New York State illustrates the point.

The estate of Marjorie Kenney

Marjorie Kenney died June 21, 2007 in New York State. Her will left all her assets to a not-for-profit organization established in her daughter’s memory. Kenney’s will named Michael Brockbank as executor. As her longtime attorney, trustee of the foundation, and agent under Kenney’s power of attorney, Brockbank was familiar with Kenney’s  situation and finances.

Brockbank did not administer her estate expeditiously, however. In fact, he did not even submit an accounting until years later, when the New York Attorney General’s Charities Bureau took him to court in 2014 to get the estate closed. At that time it also came to light that the vast majority of Kenney’s estate was tied up in General Electric stock, valued at about $4.6 million. For years after her death, Brockbank let the GE stock sit, untouched – despite the prudent investor rule requiring, among other things, that a fiduciary diversify investments. Brockbank cited several reasons for his inaction: First, the stock paid a 3.3% dividend. Second, he believed Kenney had a sentimental attachment to the stock. It had been in her family for years, and when he once suggested selling it, she had refused.

Notwithstanding his reasons, the court found Brockbank’s failure to diversify to be a violation of his fiduciary duty. To calculate damages, the court compared the performance of GE stock with the S+P index from Kenney’s date of death to 2017, when Brockbank finally sold the stock. GE’s annualized return was -.53%. The S+P’s was +5.9%. Failure to diversify the decedent’s portfolio had cost the estate $3.5 million. Brockbank was ordered to pay it back.

He was also cited for several other violations of his executor duties. Among them was his handling of Kenney’s home. Her 1500-square-foot house was in serious disrepair when she died. Brockbank estimated the property to be worth between $50,000 and $60,000, but made that determination without obtaining any professional appraisals. Concluding the property was worth fixing up, he hired his longtime personal contractor to do the work, without soliciting any other bids. Nor did he obtain from his contractor a written, itemized statement of work to be done. The contractor merely estimated renovations would cost between $100,000 and $200,000. When all was said and done, renovations came to $233,614.93. When Brockbank ultimately sold the refurbished property, the estate netted $233,972.09 – effectively nothing.