What Can You Do If You’re Denied Visitation With An Incapacitated Loved One? 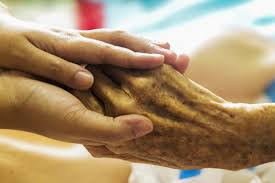 Recent news is replete with stories about spouses, guardians and caregivers accused of turning away family members who want to visit an incapacitated loved one. These stories have made headlines because they involve celebrities. Among them were disc jockey Casey Kasem and actor Peter Falk. Of course, the problem is not confined to celebrity families. It happens to ordinary families with dismaying frequency, but just doesn’t make headlines.

The most recent high-profile case is that of Glen Campbell, who died from Alzheimer’s Disease in 2017. His children from a prior marriage allege that their stepmother Kim, Campbell’s wife, did not allow them to see their ailing father. Son Travis said he learned she had moved his father from California and into a Tennessee assisted living facility only when he heard it on the news. Kim denies his allegation. She has said Travis was an absentee son who had not visited his father in 20 years. She told Inside Edition: “I never denied them a visit, ever. They never ever called me to ask how he was doing… It’s a nightmare to have people on the internet threatening to kill you because they think you’re this horrible person who wouldn’t let people visit, which is totally false.”

Whomever you believe, the Campbell family’s conflict spurred Tennessee to pass legislation providing legal recourse to family members denied visitation with an ailing family member. “If there had been a law in effect,” Travis says, “I would have had the most precious gift of all – time with my father.”

The late Peter Falk’s daughter has established the  Catherine Falk Organization that advocates for laws protecting the rights of family to visit incapacitated loved ones. Eleven states – unfortunately, not yet Florida – have adopted visitation laws. Surely more states will do so as the population ages and the problem becomes more widespread. Below is a graphic from the Pew report showing the states that currently have visitation laws on the books. 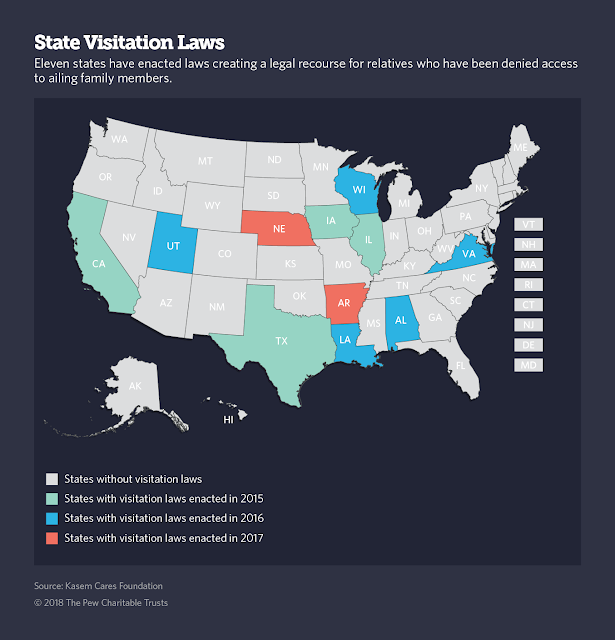