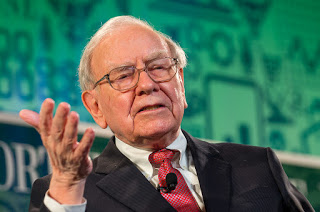 Warren Buffet, the CEO of Berkshire Hathaway, is worth $82.2 billion. His estate plan provides for his children in a manner consistent with his philosophy: Leave your children enough to do anything, but not enough to do nothing. The bulk of his fortune will go to charity when he dies. The 89-year-old has already given $34 billion to the Melinda and Bill Gates Foundation.

Ninety-nine percent of Buffet’s wealth is in Berkshire stock. In the just-released 2020 annual report, he directs his trustees and executors to retain the stock, and to ignore their fiduciary responsibility to diversify investments. He writes: “Today, my will specifically directs its executors – as well as the trustees who will succeed them in administering my estate after the will is closed – not to sell any Berkshire shares… My will also absolves both the executors and the trustees from liability for maintaining what obviously will be an extreme concentration of assets.”

Even with today’s plunging stock market, it’s reasonable to assume that Berkshire will rebound and return to its stellar historical performance. It has quite a track record: From 1965 to 2019, the S+P overall return was 19,784%. That looks positively shabby compared to Berkshire’s return for the same period: 2,744,062%. Buffet’s beneficiaries are unlikely to complain so long as the stock does well. But if Berkshire stock declines significantly after his death, beneficiaries may not care that Buffet let his fiduciaries off the hook, and may go ahead and sue anyway.

A Feb. 29 New York Times article (“Is An Investment Sage’s Estate Plan Imprudent?”) draws parallels between Buffet and the late Charles Dumont, whose fortune was entirely in Kodak stock. Like Buffet, Dumont directed his trustees to retain Kodak, saying his trustees were not to be held responsible for any decline in value. And decline it did, dramatically, for the half-century it was held in trust. The trustee was taken to court for violation of fiduciary duty, and in 2004 the New York Surrogate Court found the trustee personally liable for $21 million in losses. (Luckily for the trustee, an appeals court later reversed the ruling.)

The takeaway here is this: whether you are a personal representative and trustee for a zillionaire or for a person of ordinary means, you must be mindful of all your fiduciary duties, including the duty to diversify. For a list of all that is required of you, click here.