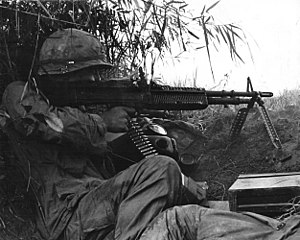 Some Vietnam Veterans who were exposed to Agent Orange may be getting a step closer to collecting the benefits they have been seeking for decades. On July 22, 2020, the U.S. Senate passed the “The Fair Care for Vietnam Veterans Act of 2020.” The act adds three additional diseases to the fourteen already presumptively linked to Agent Orange: bladder cancer, hypothyroidism, and Parkinson’s-like symptoms.

22,000 Veterans Could Be Eligible for Benefits

The additional diseases would be included in the National Defense Authorization Act, which has yet to be hammered out legislatively and will be passed, in some form, by the end of 2020. If the list makes the cut in the legislation, 22,000 Vietnam vets would be eligible for disability benefits and associated health coverage from the Department of Veterans Affairs. But exactly when those benefits would become available is anyone’s guess right now.

The National Academies of Sciences, Engineering, and Medicine in 2016 determined that there was a linkage between these maladies and the defoliant, first used in Vietnam in 1961.

Senator Jon Tester, D-Montana, the sponsor of the bill and ranking member of the Senate Committee on Veterans’ Affairs, says: “I will tell you that when we send folks off to war, money is never a problem. Doesn’t matter if it’s money we’ve gotten the Treasury or borrowed money. Nobody ever talks about money. When you bring these folks back from war, money better not be an excuse because it wasn’t an excuse when you send them over. If you can afford to send them over you’d damn well better be able to afford to take care of them.”

There has also been pressure from veterans groups to include hypertension (high blood pressure) as a another presumptive disease associated with Agent Orange. The Academies in 2018 concluded there is a linkage. However, there has been pushback from the Veterans Administration, which sites the prevalence of hypertension among the elderly, and notes that its inclusion would add more than 2 million to its disability rolls at a cost of between $11.2 – $15.2 billion.

The Karp Law Firm assists elderly and disabled veterans and their widows with accessing Aid and Attendance benefits, which can help cover the cost of long-term care. Contact our firm at (561)625-1100 for assistance or email klf@karplaw.com