Turmoil in Aretha Franklin Estate: She Did Have A Will, After All – Three of Them 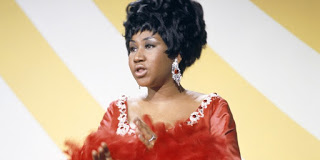 Aretha Franklin, Queen of Soul, Dies Intestate. Now it turns out that the “intestate” part may not be true. Three handwritten wills were found in Franklin’s suburban Detroit home recently. This development may well complicate matters, not clarify them.

The wills were discovered by the estate executor, Sabina Owens. Two were found in a locked cabinet. One dated March 2010 is 11 pages long. In it Franklin mentions the mass on her pancreas (she ultimately died of pancreatic cancer). The second will is dated June 2010. The third will, found scribbled in a spiral notebook and hidden under a couch cushion in the living room, is the most recent, dated March 2014. It is four pages long and particularly difficult to decipher, with multiple crossouts, additions, and notes in the margins. The provisions in the three wills have some similarities as well as differences.

Michigan recognizes handwritten (holographic) wills. The three documents have been turned over to the court, which will determine if any of the wills is valid and can be admitted to probate. According to Franklin’s longtime entertainment attorney, David Wilson, all the wills appear to be in his client’s handwriting. But that alone is not sufficient to prove a will’s authenticity and validity; it must meet additional legal requirements. A hearing on the matter is set for June 12.

Issue of whether she died intestate has profound impact on beneficiaries

If none of the wills is deemed valid, Franklin’s estate will remain as it was – intestate – and her assets will be divided equally among her four sons. Some sons will be winners and other losers, depending on how this all plays out. The situation is likely to fuel the family division that is simmering. Six days after discovering the wills, Owens provided copies to Franklin’s children. Already, two sons have challenged their validity. One son, Kecalf, has said that because the 2014 will names him executor, he should replace Owens. He also objects to the sale of a piece of land that that document leaves to him.

Although all the wills specify that the sons are to share equally in their mother’s music royalties and the proceeds from her memorabilia, she gives special attention to Clarence, her eldest son with special needs. She prohibits his father, who did not participate in his upbringing, from handling money or property for him. She also leaves one of her residences to each of her three other sons: her main residence in Bloomfield Hills goes to Kecalf; another home in that town to Edward; and her Detroit home to Teddy.

At the time of her passing, Franklin’s estate was estimated to be about $80 million, but that is just a rough figure. In December 2018 the IRS filed a claim against the estate for $6 million in back taxes, and over $1 million in penalties. The agency continues to audit past years’ returns. Also, Franklin had a stake in a yet-to-be-released film about her life; advance ticket sales have already generated over $3 million.

A trust is a better option for someone who craves privacy

You may wonder why Franklin, with more than enough money to get expert legal help, would handle her final affairs in this manner. It is possible the answer can be found in her well-known passion for guarding her privacy. Ironically, her lack of sound planning has led to the very opposite outcome she would have wanted, with her finances and family circumstances open to public scrutiny.

Attorney David Wilson has stated that he often advised his client to create a will, and also a trust in order to keep her financial and family situation private. He says he had no idea she was writing  do-it-yourself, multiple wills. “If she had mentioned that to me,” he notes, “I would have said, ‘Aretha, what you really need to do is go see a lawyer and make sure it’s done in accordance with the law.” Sounds like good advice for everyone.