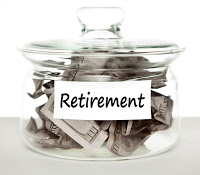 As I explained in this  June 2016 post, a Department of Labor policy, originally set to go into effect April 1, requires brokers giving advice on retirement accounts to put their clients’ best interests above their own. For example, given a choice between two retirement investments of equal benefit to a client, under the new rule an advisor would have to steer the client into the investment with the lesser fees or smaller commissions, even though that is not advantageous to the broker.

Many in the financial services industry have been fighting the rule since it was introduced, claiming it cuts into profits, is a particular threat to small investment advisors and independent investment advisors, and will ultimately lead to less options for the public. The rule has been challenged in court. The most recent lawsuit, brought in the U.S. District Court for the Northern District of Texas, was filed against the Department of Labor by the Insured Retirement Institute, the Financial Markets Association, the Financial Services Roundtable, and the U.S. Chamber of Commerce. Although the Department of Labor prevailed, the new rule is still on shaky ground. Not only are more lawsuits in the works, but on Feb. 3 the Trump Administration issued an executive order requiring the Department of Labor to review the fiduciary rule and assess if it should be kept, modified or scrapped. The Department of Labor says it is now weighing its legal options to delay implementation.

The President’s action has evoked both criticism and praise from predictable quarters. A spokesperson for the Consumer Federation of America notes: “The only reason to repeal the rule at this point is to give a multi-billion dollar handout to the industry paid for by working Americans and retirees. This is the exact opposite of what President Trump promised to do when he was on the campaign trail.” But on Capitol Hill, House Speaker Paul Ryan has said that “President Trump’s action to delay the Obama Administration’s fiduciary rule for further study is a wise one.”

All we know for sure at this point is that the fiduciary rule will not go into effect on April 1 as originally anticipated. We’ll report additional developments as they arise. Stay alert and keep asking questions when you seek investment advice for your 401K, IRA or other retirement account!