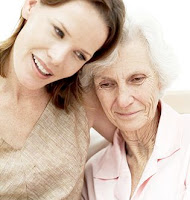 In the public consciousness, elder abuse is where child abuse was years ago. It is under-reported. Poorly understood. And off the public’s radar. Fortunately, many efforts are being made today to bring this problem into the light of day. That’s the goal of Elder Abuse Awareness Day, June 15th.

In March of this year, 90-year-old actor Mickey Rooney told a Senate committee  about his own experience with elder abuse, saying his stepson intimidated him, refused him food and withheld medications. Rooney ultimately got a restraining order against his adult stepson, but many seniors are too frail or otherwise too vulnerable to do so. “If it can happen to me, it can happen to anyone,” Rooney said.

While elder abuse can be emotional and physical, the kind that most often comes to my attention as an estate planning attorney  is financial abuse.The Institute of Aging describes elder financial abuse this way: “Taking, secreting or appropriating money or property of an elder or dependent adult by a person who has the care or custody of, or who stands in a position of trust to, that elder or dependent adult.”

There are plenty of people out there ready and willing to defraud vulnerable seniors – trust mills, annuity scams, identity theft, sweepstakes scams and the list goes on. But more shockingly, the majority of financial crimes against seniors are perpetrated by family, “friends” and caregivers.

One particularly egregious example comes from Long Beach, California, where part of the “care” Li Ching Lu gave to a 74-year-old stroke victim included stealing her funds. Lu used the funds to buy a BMW, a Porsche, a house, and pay her son’s college tuition.

Keep your eyes out for these signs of potential abuse

Now, most caregivers helping seniors do this vital work admirably. So if your aged loved one is getting assistance from a caregiver, you need not be paranoid. But you should be prudent.Here are some possible signals of financial abuse:

Also, if you need to hire a caregiver for your elderly loved one, you may wish to go with an agency rather than with a private individual. Although an agency is more expensive, agency supervision can provide an extra measure of protection. Another tip: Visit your loved one often and/or arrange for someone else to do so. Like I said, isolation is a fertile ground for abuse to grow undetected.

If you suspect financial or any other kind of elder abuse, don’t stay silent. Call the Florida Elder Abuse Hotline at 1-800-96ABUSE.