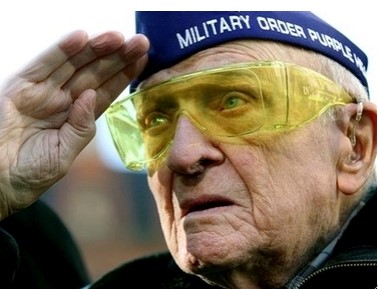 For us, it’s personal.

Many of our family members have served in the armed forces, but one relative stands out: our beloved uncle, Staff Sergeant Irving Ziffer  (July 3, 1918 – Nov. 21, 2008). Uncle Irv was in the first wave of troops mobilized in the Pacific during World War II. After five years he emerged from the war with a raft of serious injuries, two Purple Hearts, the Presidential Unit Citation, the American Defense Service Medal, the American Campaign Medal, the Asiatic Campaign Medal with Bronze Star, and the New York State Conspicuous Service Cross and Star.

Uncle Irv was a dedicated family man. But his family extended beyond blood. A true patriot, he always considered the military to be his extended family. He was  proud of his service, proud of his country, an active participant in veterans organizations, and a lifelong friend to his army buddies. When he died in November  2008, he was buried with full military honors. That’s the way he wanted it, and that’s what he earned.

Veterans deserve our gratitude and respect, especially in their Golden Years, regardless of where or in what capacity they have served. But beyond these intangibles, they deserve every penny that their service entitles them to. Too many veterans don’t understand their benefits, and a stressed-to-the-limit Veterans Administration does not do a great job of advertising them.

Our law firm strives to serve our veterans just as they have served us. That’s the way Uncle Irv would have wanted it. Our V.A.-accredited attorneys are ready to assist you secure the benefits you have earned.

For us, it’s personal. It’s also the law.