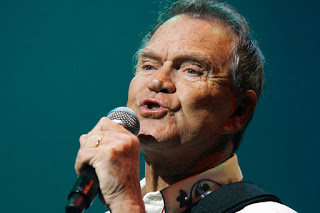 When country music legend Glen Campbell was living, his family feuded over control of his money. Now that he’s gone, they are likely to continue feuding over it – just on a new front.  Considering the singer had eight children from four different marriages, and leaves behind an estate estimated at $50 million, the infighting is not exactly a surprise.

The Rhinestone Cowboy was diagnosed with Alzheimer’s Disease in 2011. But he and his fourth wife, Kim, 22 years his junior who he married in 1982, did not shrink from the public eye. On the contrary. Campbell released a final album, “Ghost on the Canvas,” went on a “Goodbye Tour,” and participated in a documentary, “I’ll Be Me,” about his and his family’s journey through Alzheimer’s. Campbell entered a memory care facility in 2014, but Kim continued to keep the public updated on his status. On August 8, 2017, Campbell died, age 81.

The family infighting started when Campbell entered the memory facility. Two of his children, Travis and Debby, alleged that their stepmother Kim was mishandling their father’s assets, not visiting him or providing him with necessary items such as clothing and toiletries, and that it was inappropriate for Kim to allow their father to be filmed while in the late stages of Alzheimer’s. They requested the court assign a guardian to handle his medical and financial affairs.

Kim addressed those allegations in a recent People interview. “They said I was withholding basic necessities like a toothbrush,” she told the magazine. “The reality was he had plenty of toothbrushes but we kept them locked away because he didn’t know what it was and would rinse them in the toilet. They never asked. They only attacked. To be slandered while he was dying was beyond the pale. It was very painful.”

Travis and Debby also alleged that Kim prevented them from seeing their father and “participating in his care and/or treatment.” On this point they scored a legal victory, as it prompted Tennessee’s governor to sign the Campbell/Falk Law on May 2016. Under the law, family and close friends must be permitted contact with their loved with Alzheimer’s or dementia, regardless of the guardian’s wishes.

Now to the newest battlefront. The Tennessean reports that Campbell’s will was recently filed in Nashville probate court. Executed in September 2006, it specifically excludes Kelli, William and Wesley, the three children from his second marriage. They are cut out of his estate and are not beneficiaries either under the will or a related family trust. Kim is named as executor, and half of her bequest will go to the family trust.

The court will hold a hearing on January 18 regarding the contents of the will, but don’t expect Kelli, William and Wesley to leave Campbell’s estate plan  unchallenged. The family bickering will likely go on for some time.