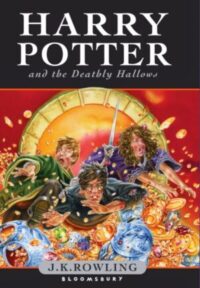 Richard Robinson, the 84-year-old CEO of Scholastic Corporation, strolled on Martha’s Vineyard this past June with his two grown sons, Reece and Ben. They were shocked when their dad suddenly collapsed and died. They were in for another shock later, when they found out what was in their father’s estate plan.

The Wall Street Journal reports that Robinson’s 2018 will cut out his family, leaving his controlling interest in Scholastic to his romantic interest Iole Lucchese, 56, a longtime executive at Scholastic and its current chief strategy officer.  Robinson described her in his will as “his partner and closest friend.” She was named the co-executor of his estate along with the general counsel of Scholastic. Robinson also put her in control of all his personal belongings, “with the request, but not the direction” that she distribute them “as she believes to be in accordance with my wishes.”

The world’s largest publishing house for children’s literature, Scholastic is valued at $1.2 billion. It publishes Harry Potter, The Magic School Bus, The Hunger Games, Goosebumps, and Clifford the Big Red Dog. The company has been in family hands since its establishment by Robinson’s father in 1920.

Although neither son was directly involved with managing Scholastic, they expected to inherit it, and were blindsided by their father’s estate plan. Reece, 25, who has made documentary films and “lives off the land,” called the terms of his father’s will “unexpected and shocking.” He told the Wall Street Journal:  “You might think from the will that he didn’t see his sons…That’s not true. For the last two years I saw him multiple times a week.” Robinson’s older son, Ben, who runs a sawmill on Martha’s Vineyard, says that until his recent conference call with Lucchese regarding the will, he had never spoken with her. His father’s will is like “rubbing  salt in an open wound,” he says.

Robinson’s ex-wife also expressed bewilderment. “I was shocked and we were not expecting this,” she said. She indicated that she and Robinson had begun to spend more time together in recent months. She believed his relationship with Lucchese had ended a long time ago. “He was coming back to the family,” she told the Wall Street Journal. However, Scholastic employees report that Robinson and Lucchese were still going strong, calling their relationship an open secret.

According to reports, the family is now trying to cut a deal with Lucchese, but have not ruled out legal action. No surprise there. One option that would be acceptable to them is if Lucchese transfers some of her shares to family members.

As the person with the controlling shares in the business, Robinson had every right to pass those shares to whomever he pleased. Perhaps he thought that giving control to Lucchese was the best way to ensure the company’s future. Notwithstanding,  had he discussed these complex issues with his family beforehand – perhaps something he avoided because he anticipated it would be an unpleasant conversation – they might have found a mutually acceptable way forward that would spare his family their shock and still protect Scholastic.

And it’s not just his family that now faces fallout from his surprise estate plan: Lucchese and Scholastic itself will more than likely be embroiled in a legal battle. A “surprise” business succession plan is not good business!

If you own a family business, you need a solid succession plan. Consult with a proficient estate planning attorney to establish a plan that will work for you, your business and your family. Call The Karp Law Firm at (561) 625-1100.