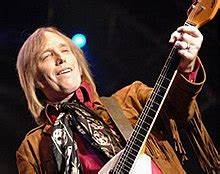 It is always wise to seek experienced legal guidance when you are setting up your estate plan. Wording you may think is obvious may not be as clear to others as it is to you. Any ambiguity in your plan can create chaos for family members. For the family of late musician/songwriter Tom Petty, an ambiguous phrase has created a legal quagmire that can be described by the title of one of his hits: it’s Free-Fallin’.

A Rock n’ Roll Hall of Fame inductee, Petty died from an accidental drug overdose in 2017. He left behind a wife, Dana, and two daughters from his prior marriage, Adria and Kim. He also left behind a music catalog worth millions. In his trust, Petty instructs Dana to create a limited liability corporation to hold his musical properties. However, the wording is unclear as to how and to what extent he wished his wife and daughters to manage it. The trust states:

At issue is the phrase, “participate equally in the management…” Precisely what does it mean? Petty’s widow and children are interpreting it differently, to their own respective advantage. For Adria and Kim, equal participation means they get 2 of the 3 LLC’s management votes, thus giving them control over the LLC and the ability to outvote their stepmother. In a lawsuit they allege that their stepmother is resisting their rightful attempts to manage the posthumous release of their father’s work. According to an article in Billboard, the sisters want to be actively involved in “marketing, promotional and artistic considerations.” Their lawsuit claims that their stepmother has failed to transfer their father’s musical property into the LLC, and demands that she do so immediately.

Petty’s widow does not see it that way. She has filed her own lawsuit. She alleges that a more accurate reading of the trust suggests that her late husband wanted her and his daughters to make decisions unanimously. Obviously that interpretation is favorable to Dana, because it would prevent her decisions from being overruled by her stepdaughters. In her lawsuit she states that her stepdaughters, particularly Kim, have “demonstrated their resentment over their father’s love of Petitioner and her role in his life.” Dana has requested that a manager be appointed to oversee “significant decisions” on the estate, and notes that Adria’s erratic behavior, which includes sending threatening emails to the members of Petty’s band and blocking the release of recordings, has jeopardized her business dealings.

A hearing has been set for both motions on June 11. The ruling could mark the end of this dispute, but that is unlikely. The situation is a volatile mix involving a vitally important but ambiguous phrase in Petty’s estate plan; a stepmother; children from a prior marriage; and lots of money. Chances are the parties won’t be playing in harmony anytime soon.