Retirees with student debt: Social Security benefits may be compromised 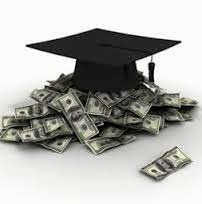 It’s no secret: There’s a student debt crisis in this country. But who imagined that student debt is a growing problem for the senior population?

While few households headed by individuals 65 or older carry student loans, there has been a dramatic uptick in the amount of student debt held by seniors overall, skyrocketing from $2.8 billion in 2005 to to $18.2 billion in 2013, according to a recent report from the General Accounting Office. (You can read the full GAO report here.)

Social Security benefits can be garnished

While carrying student debt into retirement is obviously undesirable, the bigger sticking point is the default rate, which is far higher for seniors than for their younger counterparts. According to the GAO, the default rate for those ages 25 to 49 is 12%; among those ages 65 to 74, 27%; and for those 75 and up, 51%. Unlike other forms of debt, student loan debt usually cannot be discharged in bankruptcy. Aggravating the situation even more, the law permits Social Security benefits to be garnished to repay student debt. According to the Treasury Department, in 2013 152,000 Social Security beneficiaries had their checks garnished to repay defaulted student debt, triple the number in 2006.

How did these seniors get into this situation? The GAO study reveals that 80% of those loans were originated to fund the borrower’s education, perhaps to get a college or advanced degree, or to obtain retraining. Those hoped-for jobs may not have panned out, or ill health may have reduced borrowers’ ability to repay the loan. The other 20% were incurred to cover educational expenses for the borrower’s children or other dependents. And given the tenuous economy, children for whom loans were taken out are not always able to repay their parents.

Think twice before borrowing for your family

It’s hard enough to recoup financially when you are young. In retirement or approaching retirement, second chances are harder if not impossible to come by. States the GAO: “As the baby boomers continue to move into retirement, the number of older Americans with defaulted loans will only continue to increase. This creates the potential for an unpleasant surprise for some, as their benefits are offset and they face the possibility of a less secure retirement.”

There’s not much seniors can do if they are stuck with old student loans. But if you are getting on in years, think long and hard before borrowing money for your or your children’s education. Student debt can quite literally haunt you forever, and even reduce the Social Security benefits you may be depending on to help finance your golden years.