With No Estate Plan, Prince’s Estate Descends Into Chaos 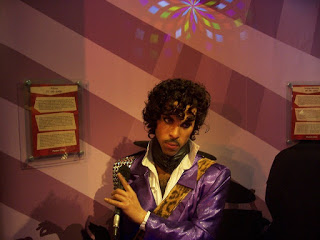 Many music critics put the late rock icon Prince in a class all his own: unimaginably talented and prolific, churning out hit after hit such as “Purple Rain”and “When Doves Cry.” But in one respect the Grammy Award-winning musician was just like many Americans: He neglected his estate planning. With no plan in place, he died intestate. Now, chaos reigns.

Born Prince Rogers Nelson, Prince died at age 57 on April 21, 2016. He was found in an elevator at his Paisley Park mansion and studio in Minnesota. An investigation determined the cause of death was an accidental opioid overdose. Prince had no spouse, no children, and no living parents. A search failed to turn up a will, and his sister indicated that she believed there never was one.  At that time this blog noted: “You can bet we’ll be hearing more about Prince’s estate over the next weeks, months, and yes, even years.” And that’s precisely what has unfolded. Prince’s family is now locked in legal battle, with massive legal fees draining the estate.

Bremer Trust National Association was appointed temporary manager of the estate. Its parent company had dealings with Prince and therefore Bremer had some familiarity with his business affairs. Carver County Judge Kevin Eide noted that Bremer “…walked into personal and corporate mayhem where the Decedent’s personal and business affairs were in disarray, a criminal investigation was being undertaken, assets and records were voluminous and scattered, and numerous monetary and heirship claims were about to cascade upon them.”

And cascade they did. To date, 45 people have come forward to claim a piece of the late musician’s millions. One person claimed to be Prince’s niece; two others presented themselves as grand-nieces. Others claimed to be Prince’s half-siblings by various men, alleging that John Nelson, Prince’s presumptive father, was not his true biological father. Even Prince’s one-time security guard said he was a relative. In the end, Judge Eide rejected most of the heirship claims (although some appeals are still ongoing), and identified just six rightful heirs: one full sister, and five half-siblings.

Siblings pitted against one another

From the start, the siblings tangled over the management of the estate. At this point, there are two major camps in opposition: On one side are half-siblings Sharon Nelson, Norrine Nelson and John R. Nelson; and on the other side, half-brothers Omarr Baker and Alfred Jackson, and full sister Tyka Nelson.

In January 2017, Tyka asked the court to replace Bremer as personal representative. The judge awarded the job to Comerica Bank. At the same time, the judge denied the beneficiaries’ request to appoint a “co-personal representative” to serve as mediator between them and Comerica. He noted that the siblings had demonstrated little ability to agree on anything. Getting them to unanimously agree on a co-personal representative was unlikely, would exacerbate their conflict, and drain even more money from the estate, he reasoned.

Comerica’s inventory of Prince’s assets found $18,719,062 in cash. Prince owned several homes and lots in Minnesota, in addition to the Paisley Park property. He owned numerous automobiles at the time of his death, including a 1997 Lincoln Town Car, 2004 Cadillac, 1992 Thunderbird, 1995 Jeep, and a 2010 Mercedes. Other assets amounting to millions were held in various music companies. Perhaps the most valuable asset of all is a treasure trove of unreleased master tapes. These tapes could translate into 30 albums, and are estimated to be worth $200 million or more.

In October of last year, the three Nelson half-siblings, dissatisfied with Comerica’s management of the estate, requested it be replaced as fiduciary. They complained that Comerica had moved their brother’s master tapes from Paisley Park to a facility in California, without their authorization. Comerica responded that (1) the beneficiaries were informed of the move; (2) a temperature- and humidity-controlled facility was needed to protect the tapes from further water and mold damage they’d undergone; and (3) since Paisley Park had been converted into a museum and was open to the public, the tapes needed to be in a more secure location. “Building (or repairing) a relationship requires engagement from all parties and, to date, the personal representative has not had willing partners in the Nelsons,” Comerica stated.

Not planning is costly

Most recently, the TMZ celebrity news site has reported that the six heirs have at least one thing they agree on: They are all concerned about the enormous legal and administrative fees draining the estate and diminishing their ultimate inheritance. It reportedly costs about $600,000 per month just to manage the estate. Comerica recently billed out at $125,000 per month. Another law firm that is handling the tax-related issues billed $440,000 in November 2017 alone. Prince’s lack of tax planning is going to take a big bite from the estate, too.

Here is the lesson for the rest of us: Even cohesive families can descend into back-biting when a loved one does not leave a road map for how assets are to be distributed. The attorneys at The Karp Law Firm can help you set up an estate plan that encourages family harmony and puts as much money as possible into your family’s pockets… not the lawyers’.