Penn Treaty fails: What does this mean for you if you want long-term care coverage? 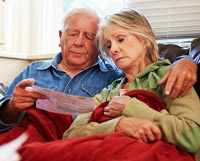 Thousands of people across the nation hold long-term care policies from Penn Treaty Insurance Company. The company and its American Network Insurance subsidiary have been in dire financial straits since at least 2001. With the company short the $4 billion necessary to cover claims, a Pennsylvania court in March gave the go-ahead for Penn to liquidate. The court reasoned that liquidation provided the best outcome for policyholders in a bad situation.

What happens to policyholders now?

State insurance guaranty associations will now pick up the benefits for policyholders. According to estimates from the Long Term Care Group of the Guaranty Association, Florida is on the hook for about $354 million. However, in most states there is a cap on payouts. In Florida, the limit on individual payouts is $300,000. Some states have higher limits; in Connecticut and California, for example, it is $500,000. Note: To be covered, you must continue to pay your premiums. Read Penn Treaty’s information for existing policyholders here.

How did this happen?

The long-term care insurance industry emerged about two decades ago in response to the needs of an aging population. Many companies underestimated the cost of coverage, however. Actuarial projections and premium structures failed to anticipate the number of policyholders who would claim benefits or let policies lapse. Penn Treaty had particularly lax underwriting standards; some of my clients who were turned down by other carriers were often able to secure Penn Treaty policies. A low-interest-rate environment also affected insurance companies’ projected return on assets. As profits faltered, several carriers left the market, and those that remained raised premiums. The good news is, the insurers that survived are now doing a better job of underwriting.

Should You Apply For Long-Term Care Insurance?

As with any form of insurance, there are no certainties, only  probabilities, risks and rewards to be weighed. Peace of mind should be figured into your calculations, too. In general, I am in favor of it. First, as noted above, traditional policies are now better underwritten and the companies in the market are more solid. Also, as I will explain later, new kinds of policies are available today that were not available just a few short years ago.
Here are a few facts and figures to consider:

As noted above, traditional long-term care policies still are available from certain carriers. You should always investigate the ratings for these companies before you buy. Moodys, Standard & Poors and other organizations rate these companies for financial soundness.

There are both life insurance policies and annuities which may be purchased with a long-term care rider. Also, if you have an existing life insurance policy or annuity, you may be able to use the policy to purchase a new policy with a long-term care rider. If you want to cancel the policy or never file a claim, you may be entitled to a return of premium on an annuity policy, or for a life-insurance type policy, to a death benefit.

Here is a chart originally posted in 2014 that will help you understand the differences between traditional and hybrid policies. If you would like to investigate purchasing long-term care insurance, contact my office and we can put you in touch with someone who can assist you.