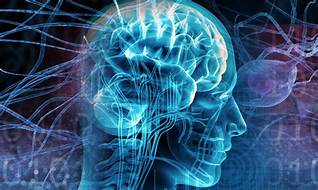 As elder law attorneys, we frequently assist individuals and families with the complicated legal and financial issues arising from an Alzheimer’s diagnosis. Naturally, we have been paying close attention to the fate of Aduhelm, the new Alzheimer’s drug from Biogen. The first drug offered for treatment of the disease since 2003, it is targeted at patients in early stages of the disease. It is intended not to alleviate symptoms, but instead to treat the underlying cause: amyloid plaques. The drug received FDA approval last year.

Critics say the relationship between Biogen and the FDA was too cozy, approval was rushed, and that safety and effectiveness issues remain. Nonetheless, Aduhelm has generated high hopes among many health advocates and patients. High too is the price tag: $28,200 annually. (The original price point set by Biogen, $56,000, was slashed in half in January 2022 after pushback and weak sales.) The drug’s astronomical price is one of the reasons for the significant increase in this year’s Medicare Part B premium.

Will Medicare pay for the pricey drug? Patients got their answer on January 11: You will be covered only if you are in the early stages of the disease and are enrolled in approved clinical trials to investigate the safety and effectiveness of the drug. This is Medicare’s preliminary decision. Its final one will be issued April 11, after a public comment period. However, experts say it’s unlikely the final decision will be different.

Some have praised the decision, citing ongoing safety concerns and lack of evidence about the medication’s effectiveness. But for desperate patients, all that may not matter much. “Unless you are a very wealthy person, you are not going to get access to the drug,” said UsAgainstAlzheimer’s chairman George Vradenburg. Some health advocates allege that limiting coverage to such a tiny group is, effectively, non-coverage for millions who might benefit and that approval, if and when granted, will come too late to help those whose disease will continue to progress. The Alzheimer’s Association issued this statement:

Today’s draft decision by the Centers for Medicare & Medicaid Services (CMS) is shocking discrimination against everyone with Alzheimer’s disease, especially those who are already disproportionately impacted by this fatal disease, including women, Blacks and Hispanics.

With this approach, access to treatment would now only be available to a privileged few, those with access to research institutions, exacerbating and creating further health inequities. In issuing its decision CMS has the audacity to cite the Alzheimer’s Association 2021 Alzheimer’s Disease Facts and Figures report on the challenges and barriers underrepresented communities have in participating in clinical trials, and then turn around and propose to impose those very barriers.

Medicare Part B Premiums May Decrease

Adding reserve funds to cover Aduhelm’s stratospheric price was one factor fueling the 2022 increase in the Medicare B standard premium, which nearly wiped out the 2022 Social Security COLA increase. The B premium was $148.50 in 2021. It is now $170.10.

The premium was based on Biogen’s original price point of $56,000 annually. Citing the company’s January price reduction to $28,200, Health and Human Services Secretary Xavier Becerra is now calling on the Centers for Medicare & Medicaid Services to revisit and recalculate the 2022 premium. Nancy LeaMond, spokesperson for AARP, supports the move, stating: “It is unconscionable for a single outrageously priced drug to drive up premiums for all Medicare beneficiaries – many of whom are already struggling to make ends meet…Now that the drugmaker has cut the price in half, the Medicare Part B premium increase should be lowered as well.”

Will there be a decrease in your premium? Just as with the effectiveness and coverage for Aduhelm, we just have to wait and see.