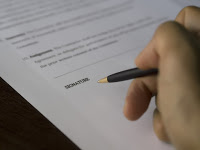 Pre-dispute binding arbitration clauses will no longer be permitted in nursing home admissions contracts, the Centers for Medicare and Medicaid Services has ruled. The new rule goes into effect November 28, 2016 (see upate below). It applies to facilities which receive federal funding, which is the vast majority of facilities. The ruling ensures that residents and families alleging fraud, abuse, neglect, etc., can take their case to court rather than be forced into arbitration.

Pre-dispute arbitration agreements are often buried in the fine print of the admissions contract. Distressed patients and families frequently do not even see the clause, or understand that by signing, they are bound to take their case to an arbitration panel rather than to a court of law. Arbitration panels have been widely viewed as favoring facilities; a 2009 study by the American Health Care Association found that cases settled in arbitration resulted in awards 35% lower than cases in which the plaintiff sued in court. In addition to the financial advantage to the nursing home, critics claim forced arbitration allows homes to keep complaints against them out of the public eye.You can read my prior post on this subject here.
The ruling applies to contracts signed starting the effective date of the ruling, November 28. It remains to be seen if, when facilities are up for re-certification, the Centers for Medicare and Medicaid Services will take steps to require modification of existing contracts.

You can read the original ruling from the Centers for Medicare and Medicaid Services here.

Update 10/17/16: The American Health Care Association has filed suit in the federal district court on Northern Mississippi seeking to overturn the new CMS policy. The plaintiffs argue that nursing facilities have the right to enter into pre-arbitration agreements under the Federal Arbitration Act, and that only Congress can change the law. We will follow this case closely so stay tuned. You can read the complaint here.