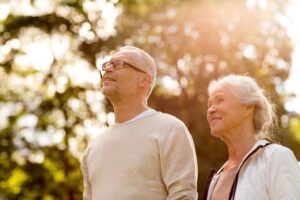 The Federal Housing Authority this month issued new rules that provide more protection for non-borrowing spouses of reverse mortgage borrowers. The new rules apply to HECM reverse mortgages – Home Equity Conversion Mortgages – which are federally insured and backed by the Department of Housing and Urban Development. A reverse mortgage allows someone age 62 or older to tap the equity in their home without having to sell it. It is essentially a loan against the value of the home, and need not be paid back until the borrower passes away, sells the home, or no longer resides there for one year. Although one must exercise extreme caution when taking out a reverse mortgage, for certain people under certain circumstances, it can be a good game-changer.

Why The Non-Borrowing Spouse Needs Protection

Until a policy change in 2014, a spouse under the age of 62 who was not a party to the reverse mortgage would face eviction if he/she did not pay off the entire loan when the older spouse borrower died. To address this issue, a new policy went into effect: a spouse under age 62 could be listed as a non-borrowing spouse, and remain in the home if the older borrower died, so long as the non-borrower: (1) documented, within 90 days of the spouse’s death, the marketable title to the property or the legal right to remain in the home; and (2) continued to pay property taxes and insurance premiums.

The 2014 rule only partially solved the problem, however. For one thing, it applied only to reverse mortgages taken out after August 4, 2014.

New rules issued in May 2021 addresses the shortcomings of the 2014 rule and provide additional protections for non-borrowing spouses. Here are the changes:

Tapping into your home equity with a reverse mortgage can be very helpful for some seniors. The cash generated can help pay a variety of expenses. The industry continues to evolve, but as always, there are benefits and risks to reverse mortgages. It’s a big step, so proceed cautiously, learn all you can, and comparison shop.

To read the new mortgage letter from the FHA, click here.